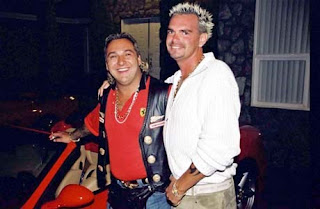 This is old news but I wanted to cite it to illustrate a given. Hal Porteous is a member of the Vancouver Hells Angels. He produced a pretty lame rap video trying to glorify the life of a drug dealer. His red neck attempt at hip hop looked like Weird Al Yankovic's take off on Ridin Dirty or Lonley Island's I'm on a Boat. Even though that has T-Pain in it, it was a joke. The sad thing is, Weird Hal wasn't joking.
. 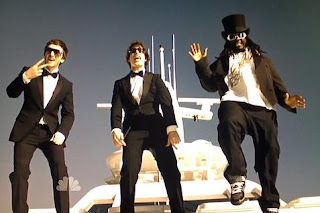 .
The reason I mention it is not to make fun of a red neck. Much. Kim Bolan has already done that and even Hells Angels don't like the video. The reason I mention it is to illustrate that the age old lie is no longer believable. The Hells Angels claim they are not a criminal organization. They claim they are just a group of guys who ride motorcycles. Leaving the multitude of drug convictions aside, take a look at the video.
. 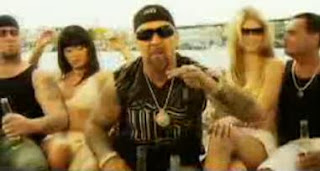 There are two people of interest in the sappy video. Robert Shannon and Jody York. Robert Shannon has been seen on various photo ops with Weird Hal on several occasions. Robert Shannon is now a convicted cocaine smuggler who the U.S. Department of Justice claims was smuggling cocaine for the Hells Angels. Yeah that skinny geeky looking kid with bleached hair. What a perfect cover.
Anyways, it has been alleged that not only did the Hells Angels profit from this drug smuggling ring, they used their organization to threaten others to promote it including threatening Robert Shannon's co accused in prison by stating they know where his grandmother lives. You can't get much lower than that. Except for Otis Garret of course.
Jody York was Robert Shannon's business partner who was also in Weird Hal's dumb video. He can be seen toasting the ears (People who go to jail for the group) in the video with Weird Hal. 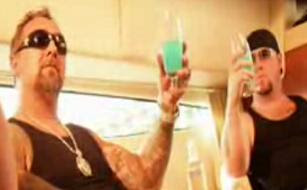 Here's a photo of Robert Shannon and his Dad on another bloody boat before he was arrested. The family had to have known where all that money was coming from. 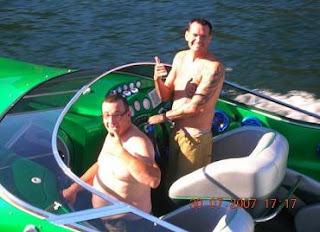 The intent of the video is to glorify the life of a drug dealer. It has a known Hells Angel in it and a known cocaine smuggler in it. Since he produced the video with the permission of the Hells Angels it is clear that the Hells Angels are a criminal organization in Canada and should be shut down before they exploit any more young boys in the back of their cars. 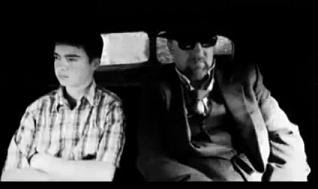 We need to reform the judicial system in B.C. to catch up with Ontario and the rest of Canada so we stop being enablers for gang violence.