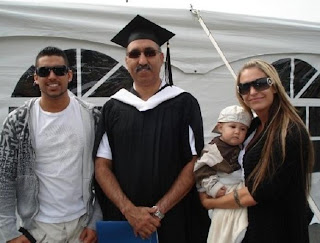 OK I've got more to add to this but I'm running behind and wanted to throw something out there to get the discussion started. Here's a few pictures to illustrate the concern. The first picture is a nice family portrait of Central Saanich Police officer Dillon Sahota with his son Gopal (Paul) Sahota on his right and his daughter Cassandra. 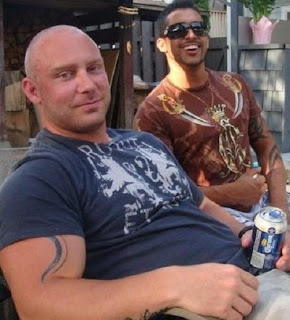 What's stranger yet is this one. It's a picture of Jarrod Nicol, the one with all the cocaine trafficking charges with Dillon Sahota from the Central Saanich Police Department along with his daughter. Turns out his daughter is married to Jarrod Nicol: 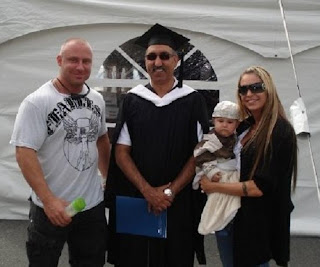 It looks like one big happy family but something isn't quite right. It gets stranger yet but I have to get up early for work. More to come... 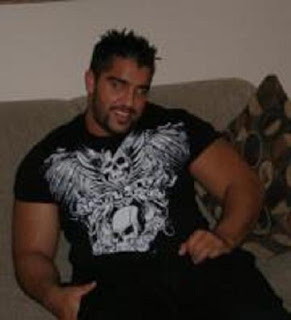 On a strange side note, Paul's brother and Dillon Sahota's other son Davin James Sahota gets the Gumby of the day award for punching a cat because it wouldn't listen to him. Feb 14 2007 he was also found guilty of theft. He received one day in jail and a three month probation. Does mandatory statutory release mean he only serves two thirds of a day in prison? Please advise.

Davin Gumby Sahota was also in court October 16 2008 but there was a publication ban on what he was charged with. It was however the same time period as another cocaine bust in Victoria. I'm sure it's not related. His brother Paul's bust was in 2009.

October 1 2009 police executed five search warrants which resulted in the seizure of 23,5 kilograms of cocaine. One of the residences that was searched was in the 3600blk of Roberlack Rd.

Yet a Property registration search on Jarrod Nicol confirms his address was 3346 Roberlack which was owned by Dillon and Julia Sahota. They bought it in June 2009 and sold approx 8 months later in March of 2010. The Drug bust happened in Sept 2009.

It was part of Victoria's largest ever drug raid. At one of the homes raided by officers, in the 3600-block of Roberlack in Colwood, a one-year-old child was found in the residence. Two men and a woman were arrested and Hamilton said the Ministry of Children and Family Development was immediately alerted. It doesn't say who the man and woman were that were taken into custody but we now know Jarrod and Cassandra were living there and the home was owned by Dillon and Julia Sahota.

A business in the Colwood Corners plaza, Tan-Envy, was raided and police seized documents. Documents were seized in a business tied to Dillon's daughter which later had a suspicious fire.

Interesting to note that in the Bassi Virk tiral, the Mounties were not looking for any politicians, and second, they were hot on the trail of organized crime, which was reaching into “every corner of B.C.”

Also interesting to note is that Jasmohan Singh Bains, the key figure in Project Every Which Way, the organized crime investigation that triggered the raid on the legislature half a decade ago, has been convicted and sentenced to nine years' imprisonment.