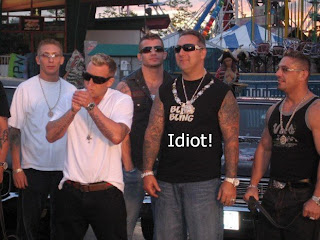 Associates complain about my obsession with the Hells Angels and ask what my beef is. Clearly if you have to ask, I can't explain it to you. There's one thing worse than a rat and that's a liar. The Hells Angels are compulsive liars. Not only that but they are the largest suppliers of cocaine in the country and are the ones fueling the BC gang war. Not to mention their violent grip on the prostitution trade.

I noticed Patman recently tried to dig himself out of the hole he put himself in by claiming that the Hells Angels are getting older so they are getting younger puppet gangs to do the dirty work for them. That's a little bit better but it simply isn't what he initially said.

He initially said the Hells Angels chapter is almost dismantled and they don't even have club status any more. He said the Gang Task Force had put so much pressure on the Hells Angels in Vancouver the other groups are filling the void. That is outrageous. Checking ID at the Mirage does nothing to stop the Hells angels crack revenue. The gang task force has done absolutely nothing to curb the Hells Angels drug trade in East Vancouver. Not one thing. Sorry, they did do a wonderful job on EPandora with Michael Plante but that was a long time ago and that was the OMGU.

When push comes to shove the police still let drug dealers who work for the Hells angels sell crack outside the Carnegie centre and Oppenheimer park. Sure it's less visible at Oppenheimer park but that's just because the hells angels have complete control over it. I am outraged when I hear someone tell me a member of the Gang Task Force or IHIT claims that everything used to be fine until they started cracking down on the Hells Angels, that's when the younger more violent gangs started stepping up to the plate. That is completely out of touch with reality.

Not long later we read of another huge cross border drug ring implicating the BC Hells angels where Trevor and Randy Jones were both named as well as the Surrey strip bar Tbarz. That ring simply proved the Hells Angels still control all the grow ops that produced that much pot as well as all the crack dealers to sell that much cocaine. Claiming that the Hells angels are no longer a threat to the gang war is completely out of touch with reality and is living proof why we need web sites that expose the truth. If we hide the problem we will never be able to face it and over come it.

Even Supt. Tom McCluskie, head of the Combined Forces Special Enforcement Unit Gang Task Force said there has been a smearing of the lines between B.C.'s key gangs and that tensions have increased exponentially since the Kelowna shooting. Smearing of the lines? The Hells Angels control it all. The ones they don't control end up dead. What's not clear about that? Someone finally fought back. I suppose that could be considered a glitch but the Hells angels are the smear on the Province.

Instead of waisting tax dollar looking for who shot the low life Jonathon Bacon, let's look for the people who killed Britney Irving, Geoff Meisner and Lindsay Buziak. Maybe Larry Amero knows something about that? 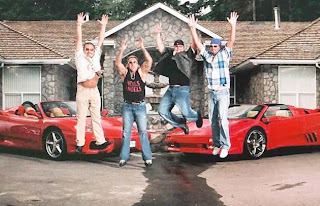