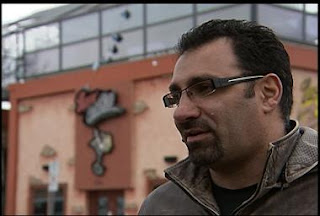 Another sad tale of Gumby and the drag queen. This is old news but when people first sent me the links I had fallen behind in all the breaking news and after Kim wrote about it, I kind of let it slide. However, by special request from the Dave Habib is a prick fan club, I will cite the news.

As we know, Dave Habib got the liquor license back for the Liquid Zoo after it was shut down for ties to the Hells Angels. Which Dave had to of had for selling it to them in the first place but that’s another matter. The new news is that the liquor board upheld the Kingpin Crew’s classification as a criminal organization. Dave Gumby said he was aware of the Kingpin Crew (his drag queen brother is the president) but he thought only Hells Angels colours were banned as a criminal organization. The liquor board said no, the pinheads are also a criminal organization and if he lets them wear pinhead patches again, they will suspend his ass.

Here’s a copy of the decision. It mentions Quail Place Estates. That’s the company Dave had when Senor Frogs had that suspicious fire before it became Champagne Charlie’s names after a Hells Angel named Guy Charles Stanley. In fact, when you read the decision, it appears that any licensed establishment can lose their liquor license if they let the Hells Angels wear colors inside. Doesn’t Roosters do that?

I still don’t know what those clowns are up to. I just know a lot of people can’t stand their bullying and their dirty deeds. If the Kingpin crew were tied to the stolen car, boat and motorcycle ring out of Downtown Cycle that involved Johnny Newcome and the Hells Angels, then clearly they are a low life criminal org. Joey Verma being the Vice President of the Pinheads shows what kind of woman killing low lifes they support. Not paying his bills is pretty low life too.

Them running scared after Dave’s car bombing is interesting. They say their lease expired so they went into hiding in a residential neighborhood near a school so they could use young children as human shields. That doesn’t explain why their facebook page went silent. Word is they have been told to shut up. Which makes ya wonder why Dale the drag queen is still threatening people. Like that has anyone scared. Just woman and children. Looks like the pinheads have a new support shirt. Hey Dale, were you in Ceres, California on October 3rd?

BTW anybody with a brain realizes I’m not Kelly Hayes. Ya see all those snowshoeing pictures from the local mountains? They’re from Vancouver not Kelowna. If you listened to any of the podcasts you would know I’m not Kelly Hayes. Really, if these guys had half a brain they would be dangerous. Good thing they don’t. Hey, is the Liquid Zoo gonna become the new Blue Corvette? 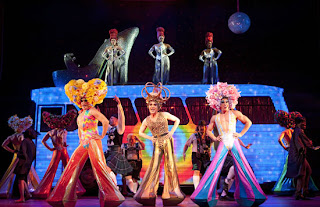