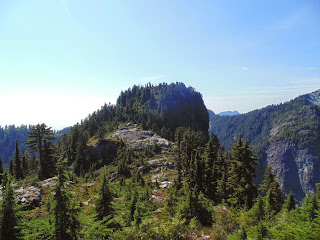 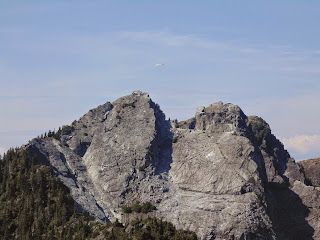 Two local news stories are of a concern. The Vancouver Province reported that some of the Vancouver beaches have been reopened for swimming. They were closed due to high fecal counts and high e coli counts in the water. Some beaches remain closed.

High fecal counts in the water is from sewage being pumped into the ocean. It's also from boats that dump their heads too close to shore or too far up the inlet. The claim that the spike in fecal counts is from the rain washing animal feces into the rivers is very unlikely. That would apply to the watershed not the ocean and the watershed is fine.

The spike in fecal counts in the water at the beaches is a real concern. The other concern is the unreported counts A sewage treatment plant which removes indicator bacteria may not remove viruses which means the water will test safe but not be safe in reality. It all boils down to pollution.

The Vancouver Sun is reporting that "a popular marina and boat launch on Vancouver Island will reopen next week - temporarily - after being closed more than a year ago because of toxic contamination. However the beach and campground at Toquaht Bay, near Ucluelet, will remain closed after tests showed arsenic, cobalt and selenium above acceptable levels." That's right, arsenic. Guess where it was from? An old mine near by. More pollution affecting our health and well being. The marina is open but the beach is still closed with contaminated shellfish.

The contamination wasn't new, it was just recently discovered. The old steel mine closed in 1968, but recent studies have looked at reopening it. They just found the contamination when a First Nations group applied for a building permit. Ucluelet is just down from Tofino in the famous Clayquot Sound. This boat launch is for the Broken Islands kayak trip where you can kayak with whales. A pristine area polluted by another mining disaster gone unnoticed. Imperial Metals wants to blow the top off Catface mountain in Clayquot sound and turn it into an open pit mine destroying Clayquot sound for everyone else. That is not sustainable or progressive thinking.

Taking care of the environment is good business. Destroying the environment is not. When you cut a tree down, plant a new one in it's place. When you have a mine or oil well, treat the water before you release it and don't stockpile polluted water. That's an accident looking for a time to happen. Dump your sewage further out in the ocean or the tide will bring it right back in the inlet and contaminate our beaches. It's really that simple.

Speaking of environmental disasters, after touring the Douglas Channel Thomas Mulcair says oil tankers navigating the narrow passage to Kitimat is "pure madness". He's absolutely right it is insane. That is an accident waiting for a time to happen. Sustainable business does not mean doing stupid things. Mulcair supports the idea of an eastern pipeline instead. This is a picture of Douglas Channel compared to the edited version in Enbridge's false promotional video. If that video was in court they would be charged with perjury. Lying to the media on the other hand is seen as good business when it's not. One industry destroying several other industries is bad business. 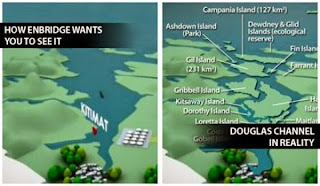 On a matter of civil liberty, the Vancouver Province is reporting that "the National Energy Board has sided with Kinder Morgan in a dispute with the City of Burnaby over access to Burnaby Mountain. The company can proceed with necessary studies of its preferred pipeline route through the mountain without the city's consent." Removing the public's say is never a good thing. These are dangerous steps away from a democratic system. Once liberty is lost, there will be a heavy price to pay to get it back.

However, building a second pipeline beside an existing pipeline makes more sense as Kinder Morgan is better than Enbridge but the real concern is piping toxic bituman before it's refined. Natural gas is good, bituman and coal are bad. Nevertheless, the Burrard Inlet is a lot safer than the Douglas channel.

Compared to natural gas, this coal expansion is a colossal step backward for investors. Last night the National on CBC ran an interesting documentary about the level of pollution in China. We already knew that the level of pollution form all the coal burning industries in China is huge. It pollutes air, water and rapidly increases CO2 levels speeding up global warming. Surrey contributing to that is like shooting ourselves in the foot. It's bad business.

Coal served it's purpose during the Industrial Revolution but times have changed. We can see our environmental blueprint now. The earth is a finite place and we need to think sustainable. I was in Ireland just before 1990. I wrote home and told my father that in the south everyone still has open coal fires to heat their homes. In the north, they have enclosed fireplaces that heat radiators that heat their houses. Both burn coal. Cork had a daily smog cloud of pollution from coal.

To my astonishment my father said that is what it was like in West Vancouver when your mother and I were married. I said you're kidding? That recently? Now everyone heats their homes with natural gas furnaces and it is much cleaner burning. This is the technology we should be bringing to China. Not fostering their prison sentence to the dark ages.

Well it gets worse. The National reported that close to 20% of China's farmland is polluted but they can't afford to stop farming it. Farming is another industry that doesn't just create business revenue, it feeds the planet. Now they have cadmium rice that has become a real problem. They are also finding lead and arsenic in the rice and it is also affecting US farms as well that Canadians eat. Clearly we need to get with the times and start thinking about cleaner sustainable business and we need to stop shooting ourselves in the foot with insanity. We should be exporting natural gas and arsenic free wheat out of the Surrey docks not coal. That is progressive.