Kyle Gianis set up by Kim Bolan and the CFSEU 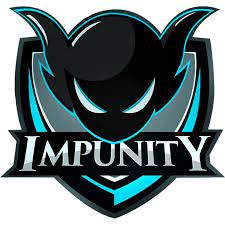 I don't want to hate but this is so disgusting something has to be said. Dr Spin is reporting that "Gianis was convicted in 2008 of smuggling the chemical used to make methamphetamine into Washington state and sentenced to 13 years. He was transferred to a Canadian jail in June 2012 and granted day parole in January 2013, despite evidence at his parole hearing that he had been associating in prison with members of the United Nations and Dhak-Duhre gangs. Last year, he released a motivational video explaining how he had changed his life around with his new company after a rough childhood and early entry into the Surrey drug trade. After his U.S. sentence, he beat cancer, Gianis said, only to be shot in 2017."

Well that explains it. The CFSEU is going after Kyle because he WAS a HA rival. Kim Bolan never said a word about Arnie Miller. That's because she's just as dirty as the CFSEU.

Kim Bolan was trying to blame the UN for the recent spike in gang violence even though we knew they had nothing to do with it. She keeps rehashing past history trying to demonize them so the Hells Angels can operate with impunity. The Hells Angels killed Ali in Surrey and they killed Mo in the DTES. They also killed Glen Nelson's wife in East Vancouver.

The Hells Angels hired the Redd Alert to take back all the drug dealers in the DTES from the UN. Glen Nelson was a big part of that. When Glen became too powerful they killed his wife. Redd Alert worked for the Edmonton Hells Angels while the Wolf Pack work for Gumby and the Walrus.

In the DTES the Redd Alert killers were supplied by the Wolf Pack. Since the Edmonton Hells Angels were given Surrey in exchange for the DTES, the Edmonton Angels hired the Brother's Keepers to kill rivals here. The Hardside weren't a real chapter. They were just finger puppets in a rental. The Hardside were given a new group in Fort Langley. They weren't given Surrey.

The Brothers' Keepers respected Ali. He was their man. Since Ali did all the work and held it all together, he wanted some of the Surrey drug profits. Edmonton said no and sent two kids here to kill him. After that they hired the Driftwood Crips to keep everyone in line until the Cub Pack rolled on them like they always do.

The CFSEU is all part of it. They have Cub Pack members and associates in the witness protection program. They called it the rat out your rivals incentive. That's why they never arrested Arnie Miller but are demonizing Kyle.

I don't know if Kyle has left the life or not. I do know he was rattled when Tyler Pastuck was killed and that could definitely have inspired him to leave the life like Konaam Shirzad did. Only like Konaan, Kyle poses a threat to the Cub Pack so they are still trying to kill him and the CFSEU are aiding and abetting them. All this violence leads to the Edmonton Angels and the Wolf Pack.

In March 2005 Kyle was charged with possessing a restricted firearm. These recent attacks on his life came right after the CFSEU searched his home and seized his car. What's really going on here? In the Surrey Six Anton seized their guns so the shooters knew their victims were unarmed. In 2021 the CFSEU did the same thing for them. We see what you're doing. God damn you.