I was surprised to see Kim Bolan mentioned the Jamie Bacon audio recording. Obviously since it went viral she had to address it and misrepresent it. Today I want to address some of Kim Bolan's lies in that article. Not mistakes, not misinformation, bold faced lies. What's done in the dark will be brought to the light. The headline reads "Leaked Jamie Bacon audio: B.C. gangster laments jail life, ready to co-operate with police." Then the subheading reads "These guys are all goofs. They all play all sides of the game. Almost every biker is working with the police. OK. I've seen it bro. — Jamie Bacon." That is a lie. The bikers are not all working with the police.

In the article Kim Bolan claims that "Jonathan Bacon had just formed an alliance with some Hells Angels and some Independent Soldiers when he was shot to death in 2011." That is a ridiculous lie and she knows it. She keeps repeating it because she has an agenda. The CFSEU went dirty after the OMGU was disbanded and Kim Bolan's mission is to cover for them.

Everyone knows that Jonathon Bacon and Larry Amero were friends since High School. Everyone knows that members of the Independent Soldiers met with the Bacon Brothers wearing kevlar at the Castle fun Park before the Surrey Six. Kim knows that. She reported that. James Riach was there at the Castle fun Park meeting. We all know that the Independent soldiers at that time were no longer independent and had already been taken over by the Hells Angels. The Kelowna shooting was not a new association. Larry Amero supported the Bacon Brothers before the Surrey Six. That is a documented fact. This new association claim is a lie.

The way Kim portrays Jamie is absolutely shameful. She quotes Jamie as saying “These people are not worth anything bro. These people are bad f–king people." You mean like him?!

Jamie Bacon orchestrated the Surrey six. He hired people to kill Corey Lal because Corey Lal thought Jamie Bacon was a b*tch. Corey was right. Then after they killed Corey, Jamie betrayed DK and arranged for someone to kill him because that's the way Jamie Bacon rolls. There's no ownership for his actions in any of this. Just lies, denial and rationalization. Everyone else is to blame but him. He still refuses to accept responsibility for his actions.

After the Surrey Six, Jamie Bacon had Nicole Marie Alemy killed. Her husband was a rival so they killed her with her four year old son in the car. Jamie Bacon was responsible for that.

So which bikers are cooperating with the police? The Wolf Pack. They rat on people they hired. The CFSEU don't care because they just want a conviction. Those are the people Jamie Bacon is now working for - dirty cops. Who do you think made the tape? It was the police. It wasn't made on a burner phone. It was made by the police to give to Mathew Johnston in hopes to turn him since they have already screwed up the Surrey Six investigation by sleeping with witnesses and betraying the families of the victims. Who do you think leaked the tape? Blaze did because that's the way he rolls. He betrays everyone because he is driven by jealousy and greed. 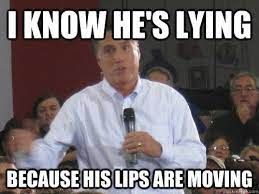