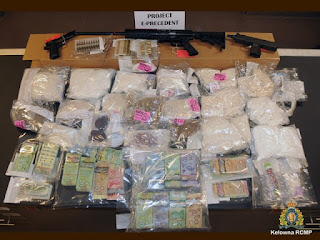 Castanet is reporting that "The Kelowna RCMP has announced charges against five people with ties to the Red Scorpion gang after a months-long investigation. The charges date back to November 2017 after police initiated a drug investigation targeting the Red Scorpion gang, and the alleged distribution and sale of drugs throughout the Kelowna area."

"The investigation dubbed, "Project E-Precedent" involved 15 search warrants executed on private residences and one office building. The searches led to the seizure of approximately 5.5 kilograms of fentanyl and carfentanil, 3 kilograms of methamphetamine, 1.5 kilograms of cocaine as well as GHB, ecstasy, and other pharmaceutical drugs."

OK that is significant. Can we contract out the Kelowna RCMP in Surrey? The RCMP in the Maritimes make drug busts as well. If the RCMP in Surrey did this, we wouldn't need to replace them. The Red Scorpions work for the Hells Angels but I'm not sure that this bust did involve them. No colours were seized.

Posted by Dennis Watson at 7:30 PM No comments: 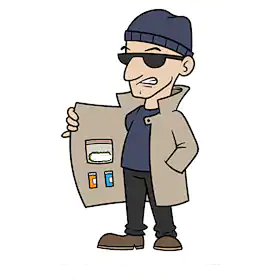 The Surrey Now Leader is reprting that "Drug overdoses, resulting from cocaine contaminated with fentanyl, have spiked in the City of Surrey over the past 24 hours, Fraser Health has reported. In an Overdose Alert issued Oct. 17, the health authority says there has been an increase in emergency room admissions for overdoses in the city. Reports suggest that the overdoses have been connected to cocaine that is contaminated with an opioid, like fentanyl."

We all know what's happened locally and I'm not going to write about it on the blog because when a family member dies, the family deserves privacy. I will say this. Fraser Health does not promote health. They promote tax paid misery. Arresting a drug dealer who knowingly sells tainted drugs is a no brainer. Even the addicts would appreciate that. Failure to do so is criminal culpability.

In the previous post we saw that the Ontario Regional Police and their Biker Enforcement Unit are still active in confronting the drug trade while the CFSEU in BC is not. That is corruption. We see Hells Angels overseeing the drug trade in Alberta, Ontario, Quebec and New Brunswick. Who do you think is responsible for the tainted cocaine in Surrey? It doesn't take a brain surgeon to do the math. In 2016 Leanne Yardley bought some cocaine from a Hells Angels associate in Shakerz. It was straight fentanyl. She died on the spot. The media didn't even report it.

They say boys will be boys and men will be men. We have a lot of boys in Surrey but few men. 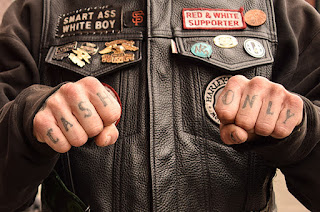 Posted by Dennis Watson at 6:46 PM No comments: 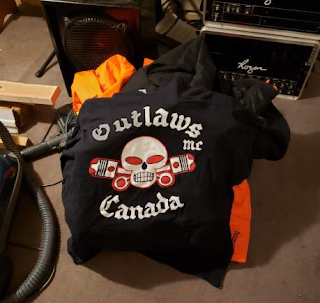 The Ottawa Citizen is reporting that "A nine-month investigation based on intelligence about high-level drug suppliers culminated in a dozen raids in Ottawa and West Quebec last week with a total of 16 people arrested to face 138 charges, the OPP said Tuesday. The suspects alleged to have been involved in the wholesale distribution of cocaine, methamphetamine and illicit cannabis. These high-level targets involved individuals associated to criminal networks in Ontario, including outlaw motorcycle gangs and Ottawa and Quebec-based known criminal organizations responsible for supplying drugs to mid-level traffickers and street gang.,”

Pembrooke Today is posting an Outlaws patch allegedly seized in the raid which is believable for Ontario but skeptical for Quebec. Quebec is Red and White. Ottawa Matters is posting pictures of an Outlaw patch as well as Hells Angels patches and support gear which makes more sense. 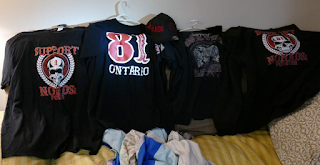 A date to sentence a full-patched Hells Angels Nomad chapter member from Ottawa for drug dealing in Sudbury has once again been delayed.

Sentencing in Hells Angels drug case adjourned for health reasons. "Paul Frances Monahan, 64, of Ostrea Lake was supposed to be sentenced Thursday in Dartmouth provincial court, but the hearing was adjourned because of concerns about his health."
Posted by Dennis Watson at 12:38 AM No comments:

We Scandal in Kenya and the Michael Baylis fraud

Canada Land is reporting that "And as WE Charity is now scrutinized each day in the Canadian press, a story has emerged of criminal activity and fraud by the leadership of WE’s Kenyan operation in 2017. In a recording made by WE co-founder Marc Kielburger and obtained by Canadaland, Kielburger can be heard patiently listening as a senior employee, Peter Ruhiu, describes in detail how he paid off Kenyan government officials who were investigating Free The Children (FTC), WE’s charitable organization in Kenya, and as Ruhiu repeatedly threatens the life of another FTC employee." Regulatory Mischief: WE Charity In Kenya

Kenya is where Bill Gates and the WHO were spiking tetanus vaccines with a sterilization drug.

Trudeau govt. gave ex-liberal MP a $237M contract without a call for bids and overpaid $100M

Update: This just never ends. The West Phalian Times is reporting that "A report released today by the investigative journalists of Journal de Montréal shows that the Trudeau Liberal government gave a $237 million contract to a firm that had been created just seven days before obtaining the contract and that the federal government overpaid by nearly $100 million." GMAFB. Send the clown to prison where he belongs.

Posted by Dennis Watson at 12:13 AM No comments:

Join me, @roccogalatilaw, @MaximeBernier, @Bbawa, in Queen’s Park, north of the ON Legislature tomorrow at 10 AM. Leave your signs at home, it’s time to test the law.
Will @fordnation stand by his laws? #onpoli #covid19https://t.co/PDGPH6Q9VT

Posted by Dennis Watson at 4:15 PM No comments:


Posted by Dennis Watson at 7:14 PM No comments: 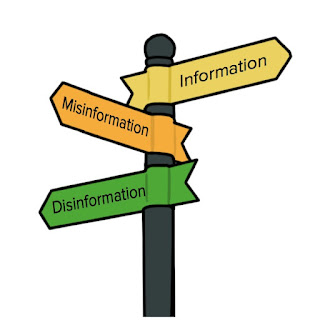 Dr Stephen Malthouse, MD has written an open letter to Bonnie Henry regarding the Covid misrepresentation. Is his letter he sates: "Hospitalizations, ICU admissions, and deaths from COVID-19 have dropped to pre-pandemic levels. Where are all the patients? Why not simply tell the public that: the PCR testing is not reliable and is meaningless for diagnosing COVID-19, positive PCR test results do not represent sick patients,"

"rarely are people now becoming ill from SARS-CoV-2, provincial hospitals are essentially empty of COVID-19 patients, decisions should not be based on “cases” in the news, the morbidity/mortality of COVID-19 has not exceeded seasonal influenza, the median age of death from COVID-19 in Canada was 85 years, the pandemic is over, and no second wave is coming"
Posted by Dennis Watson at 4:16 PM No comments:

Liberals threaten to call election if We Scandal investigated 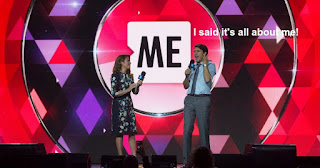 The Woodstock Sentinal Reveiw is reportign that "The Liberals are threatening to send Canadians to the polls if Parliament passes an opposition motion to create an “anti-corruption” committee, calling the Conservative proposal “ultra-partisan” and “irresponsible.” On Monday, Government House Leader Pablo Rodriguez expressed frustration at the Conservatives’ push for the committee, which would be composed of 15 MPs tasked with delving into the WE Charity scandal and other possible conflicts of interest involving the Liberals. 'When you’re asking the government to concentrate all their efforts on what is requested by this committee instead of fighting the pandemic, or instead of being there for Canadian households, WE think that it’s extremely irresponsible,' Rodriguez said during a news conference." Go F*ck yourself.

Call and election? Please do. Justin Trudeau should be in jail. It was HIS charity. 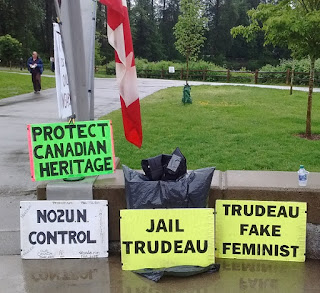 Posted by Dennis Watson at 4:07 PM No comments:

Posted by Dennis Watson at 9:08 AM No comments:

Posted by Dennis Watson at 8:22 AM No comments: