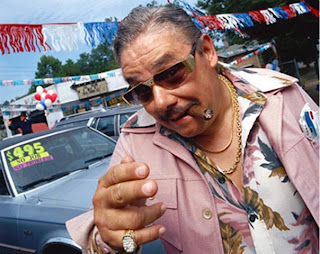 I recently received a political flyer in the mail. This time from the Federal NDP. It once again claimed Stephen Harper was "wrong on crime" just like the Liberal flyer right before the last election was called early.
It said "Tough on Crime or Tough on Cops?" It lists three broken promises from the Harper government:
1) Claims Conservatives pledged more money for police but in reality fewer police are on the street.
2) Claims Harper promised a raise for police officers but scrapped the idea leaving families to cope with the recession with even less and
3) Claims an Ontario Supreme court ruled the RCMP be allowed to Unionize but Harper rejected that move and is appealing that decision.
These three "broken promises" are significant and deserve further comment.
1) More funding for more police. This is a good thing but is not the root of the problem. The root of the problem is the revolving door judicial system that sees prolific offenders do less time the more crimes they commit. Let us also remember that the NDP, Liberals and Bloc threatened to bring the Harper government down early after insisting more money be spent on stimulus. So in one breath they forced them to spend the money elsewhere and the next breath complained they ran out of money for police.
2) "Forcing families to cope with less during a recession." Give me a break. The people dealing with the recession are the people who have lost their jobs or have been cut back to part time hours. People who kept their job are facing the lowest inflation rates ever.
3) Unionizing the RCMP. Although that is interesting how will that really help the general public? Less public accountability? More wages for police and less funds available for more officers? Recently there was an episode of the TV series House. House complained in his typical sarcastic cutting wit that he didn't want to do a nurses job just because they cut back the number of nurses and laid many off. The response was he had to do the work because his huge wages were the reason they had to lay off so many nurses.
The bottom line is that I am very skeptical of all these used car salesmen in politics. The Liberals claimed Harper was wrong on crime yet walked out on the vote to fix our revolving door judicial system. Now the NDP is doing the same thing. Complaining about Harper's stance on crime and gangs but not supporting the legislation we need to fix the problem.
Don't get me wrong. I think Harper is just as bad. He knows how many people out there want to legalize or decriminalize pot. Yet he refuses to take an amendment to the motion and impose minimum sentences for violent crime and hard drugs like crack and crystal meth without imposing minimum sentences for possession of pot.
Harper is clearly in it for himself as well and has clearly dropped the ball: www.gangstersout.com/ball.htm
Unfortunately Ignatieff is worse and we are still left with a squabbling bunch of kids who are fighting over who gets to be Prime Minister as they refuse to do the job the people elected them to do: www.youtube.com/watch?v=iOAQkVvkj10