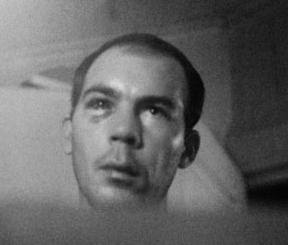 This too is very old news but it establishes a pattern. Hunter S. Thompson was a reporter who spent time with the Hells Angels and wrote a book about them called: Hells Angels The Strange and Terrible Saga of the Outlaw Motorcycle Gangs. He too died of a suspicious suicide in 2005.

I find it interesting to note that the precursor to Hunter S. Thompson's book was a article he first published for the Nation called: The Motorcycle Gangs. Losers and Outsiders. www.thenation.com/doc/19650517/thompson

It appeared in the May 17 1965 edition of the Nation and was reposted on their web site on March 2 2005 less than two weeks after his suspicious suicide.

The article was an account of how two young girls aged 14 and 15 were kidnapped from their dates and were gang raped by a group of Hells Angels when 300 of them were in town for a gathering in Monterey, California.

I haven't read the book yet but I recently watched a Youtube video of an on camera interview of Hunter S. Thompson with a Hells Angel confronting him about his book, denying many things yet admitting many other things. www.youtube.com/watch?v=EFL_rOcmYFo

Then the treasurer states Hunter got it anyways and when the Hells Angel who was beating his wife hit Hunter, several other Hells Angels hit him as well. Here we have a group of men watching a guy beat his wife and instead of doing anything to stop it, they gang up on the real man who confronts the abuse. That was cheap and that account is straight from the Hells Angels treasurer's mouth.

Hunter was a young and zealous reporter. Did he exaggerate the beating? Perhaps but Sonny Barger admits he was beaten by several Hells Angels and he Hells Angles treasurer stated on camera the reason he was beaten. For confronting another Hells Angel who was beating his wife.

Interesting to note that feminist Susan Brownmiller criticized Hunters flippant treatment of gang rape which his book claims was a common occurrence with the Hells Angels in her book Against Our Will: Men, Women and Rape. (p 246-247)
Nevertheless Hunter's conclusion was: "The horror! The horror! ... Exterminate all the brutes."
Posted by Dennis Watson at 6:01 PM