On a matter of personal privilege I need to announce that I have been forced to pull my endorsement of Daryl Grant MacAskill who runs the Neer do Well Hall of Infamy blog. He has gone from a cesspool of negativity to committing unlawful acts which I clearly do not support.

I don't care who Susan is and who she represents. Not even I would speak about any person, especially a woman, the way he speaks about her. It was brought to my attention that he had made statements on his blog about my court case that were very untrue. When I pointed that out to him he sent me an e-mail and said "Sometimes an honest lie goes a fuk of a lot further than the reality." Everyone who knows me knows that is not how I do business. I may well be confrontational but I am truthful. At no time do I post false information to embellish a story. Ever. He obviously does it all the time and I cannot support or endorse that.

When he posted a picture of Kim Bolan's face on a pig's body I told him that was in bad taste and went too far. Kim and I certainly don't agree on everything but she is without question a professional who is good at her job. Those kind of personal attacks are toxic and unhealthy. Yes I have in the past made fun of drug dealers. He goes far beyond that and I cannot in good conscience support his cesspool of negativity. As Abraham Lincoln said, "I am not bound to win, but I am bound to be true. I am not bound to succeed, but I am bound to live by the light that I have. I must stand with anybody that stands right, and stand with him while he is right, and part with him when he goes wrong." Daryl Grant MacAskill has gone wrong. Very wrong.

Anyone who posts a picture of a man's daughter for any reason with the intent to put her safety in danger is a low life POS maggot. History has recorded that. He has made statements about me that he knows are untrue. I have already addressed them in the last two paragraphs of this post. The lies are becoming more and more absurd that they completely fail the test of believability.

Yet even slander serves it's purpose. It separates the wheat from the chaff. Anyone who believes slander is an idiot. When people try to confront injustice they are always slandered. Martin Luther King is a prime example. Even our Lord was slandered. Christ went so far as to say, if they have called the master of the house Beelzebub, how much more shall they call them of his household. 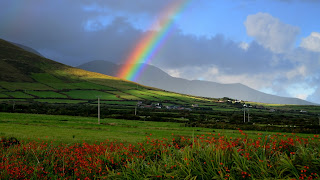