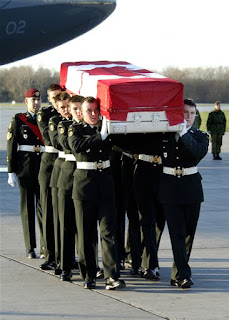 In Canada November 11th is Remembrance Day. The day we set aside to remember those who have fought and those who have died in war on our behalf. Canada was deeply involved in the First and Second world war as well as the Korean war. Canada has also been involved in generations of Peace Keeping as well as taking a combat role in Afghanistan. We lost many good soldiers in Afghanistan. Bill Turner was one of them. Trevor Greene survived an axe attack to the back of his head there. He and Bill proved to be the epitome of what a Canadian soldier exemplifies. 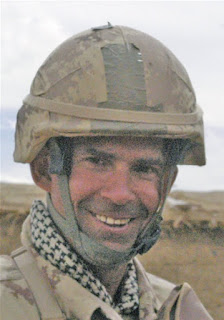 In the movie Gladiator, the hero and the villain both lied in the dust dead. The emperor's daughter said of the hero "He was a soldier of Rome. Honour him." Then the pallbearers came and carried the body to a respectful burial. On Remembrance Day 2011 I made a blog post talking about how drastically times have changed and how we have come from Flanders Fields in France to Opium Fields in Afghanistan. Times have certainly changed so they have.

Years ago I dated a German girl and I was a bit worried about what my father was going to say. He served in the Second world war and both his parents served in the First World War. All our ancestors served. When I nervously told him I was dating a German girl without hesitation he looked at me and said "the war is over isn't it?" Shocked and relieved I said yes it is.

The Holocaust was a horrible thing. Opposing that was the right thing to do regardless of the cost. Yet there is one thing we need to remember from that horrific event. We need to remember how Hitler conned the German people. It is what was portrayed in the Star wars saga and was how the evil empire conned and overthrew the free republic. Hitler bombed his own parliament building and blamed it on terrorists to get special powers of Chancellor. Then he bombed a German radio station and blamed it on Poland to justify the invasion of Poland. The rest is history. We need to remember that. We need to remember how Hitler conned the German people so we don't get fooled ourselves by the same con since history repeats itself until we learn from it.

CSIS provided the explosives for the Air India bombing. They still need to be charged for that mass murder. CSIS was caught red handed aiding ISIS in Syria. Stephen Harper's own personal body guard. That still needs to be dealt with. Civil Liberty still needs to be protected. Lest we forget.

Remember what Nicolas Sarkozy did to Moammar Gadhafi. He collected campaign contributions from him while he tried to convince the world we should trust Gadafi with nuclear power and weapons because he wanted to sell Gadafi a French reactor. Then when Gadafi decided to buy a reactor from Argentina instead of France, he conned Canada into helping him invade and assassinate Gadafi for that crime. All the bad things Sarkozy claimed Gadafi had done didn't matter when Sarkozy was trying to sell Gadafi a nuclear reactor. They all of a sudden mattered when Gadifi decided not to buy a reactor from Sarkozy. We were conned.

Remember what French Intelligence did for Sarkozy in Pakistan. Sarkozy was accused of getting political kickbacks from an arms deal with Pakistan. When the deal was cancelled and his kickbacks were cut off he was accused of helping organize a terrorist bombing in Pakistan that killed French engineers. That is what the Karachi affair was really about.

Why would terrorists declare war on France now for any reason other than to help Sarkozy get re elected? This is the return of the October Surprise. What kind of person would kill their own people just to get elected? Sarkozy did. So did Adolf Hitler. Lest we forget.

Today we fight a new war in Flander's Fields. Only this war doesn't involve an external enemy. This war involves an enemy from within. Buyer Beware: Operation Gladio is still in effect. 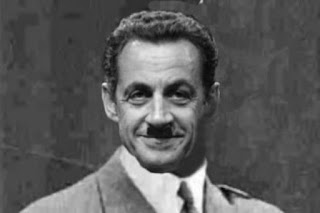 Lyman Lemnitzer was the Chairman of the Joint Chiefs of Staff and Allen Dulles was the Director of the CIA who both signed and approved Operation Northwoods. A sinister plot to kill Americans on American soil and blame it on Cuba to gain public support for an invasion of Cuba during the cold war. If Kennedy hadn't vetoed the idea, they would have implemented it. That is not a conspiracy theory, that is a historical fact. Kennedy fired Allen Dulles and reassigned Lyman Lemnitzer to Europe where he actually implemented that same plan there as Operation Gladio. 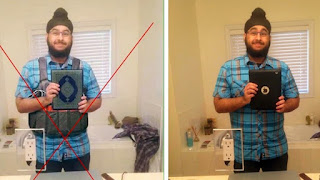 CBC is reporting that "A Spanish newspaper apologized Sunday after it printed the photo of a Canadian Sikh man, which had been altered and presented as the image of a person responsible for the deadly attacks in Paris on Friday. The image appeared to show Jubbal, who was not identified by name, wearing a suicide bomb vest and holding a Qur'an." Sikh are not Muslin. They don't use the Qur'an and they don't speak Arabic they speak Punjabi.

CBC claims "the photo was eventually posted by an unofficial ISIS support group on the social media platform Telegram, the same platform that ISIS used to claim responsibility for the Paris attacks." Gee I wonder if that's the same ISIS support group CSIS was caught funding?