New book about the Pickton Investigation 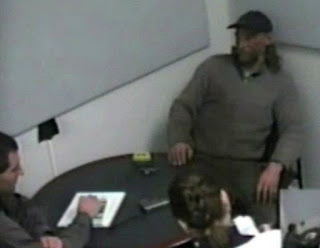 Global is reporting that former Vancouver Police Department detective Lori Shenher has released her book That Lonely Section of Hell: The botched investigation of a serial killer who almost got away. "In her book, Ms. Shenher chronicles the missed opportunities, lack of resources and jurisdictional challenges that plagued her investigation and resulted in more women going missing even as Mr. Pickton was on her – and others’ – radar."

It's all interesting but the main thing we need to remember is that Robert Pickton did not act alone so all the red hearing drama about why it took so long to catch Robert Pickton is pretty irrelevant to the question that asks why are we still refusing to look at other suspects?

The judge gave instructions to the jury that they could convict Robert Pickton of murder even if he wasn't the only person involved in the murders. The judge went so far as to say the jury could convict Robert Pickton even if he wasn't the main person involved just an active participant. The question is, if Robert Pickton didn't act alone, then why are we not looking at other suspects especially when there is a whole list of victims he hasn't even been tried on. That should have been the mandate of the Missing Woman Inquiry.

As soon as the Hells Angels were mentioned in the Missing Woman Inquiry, Wally Oppal shut down the Inquiry and turned it into a less adversarial Panel Discuss where he could more easily censor what evidence was submitted. He ruled out a massive amount of evidence base on his claim that the mandate of the Missing Woman's Inquiry was not to examine the possibility of other suspects. That makes him culpable in the cover up.

It all boils down to the Dianne Rock story. Dianne Rock claimed she was gang raped on the Pickton farm. That implies more then one suspect. Her friend Janice Edwards testified how she picked Dianne up at a gas station hysterical and beaten claiming she had been gang raped on the farm. This was an independent observer who saw the bruises and witnessed her fear and hysteria. I obtained a copy of the court transcript of her testimony at the pre trial and posted it online now that the publication ban has finally been lifted.

In Stevie Cameron's book On the Farm she was very clear about the Hells Angels involvement with Piggy's Palace and the Pickton farm. Page 137 of the book On the Farm states: "But the truth is that almost all the people in the community knew the Palace as a wild party place with drugs and prostitutes. And everyone knew that the bikers who attended usually finished the parties at their own place across from the Pickton farm, a clubhouse that had become infamous as a booze can serving alcohol and drugs to members and friends. By the end of 1996 the neighbourhood became known in criminal circles as a biker area, one controlled by the Hells Angels."

The Globe and Mail reported that the Missing Woman Inquiry was going to hear that off-duty officers “frequented” Piggy’s Palace. Wally Oppal shut down the inquiry before that evidence was submitted. Stevie Cameron's book On the Farm confirmed that allegation about Piggy's Palace and stated that "the place was full of cops too, lots of them, all in plainclothes." (p 138)