News on the East Coast 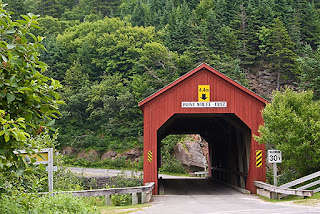 A big shout out to the East Coast. I haven't forgotten about ye. There were two smaller stories that I missed while I was preoccupied with local drama but they weren't big stories. Just Bacchus complaining about being discriminated against and a new Gate Keepers clubhouse. I didn't want to give those clowns any more attention but I realize we do have readers from Eastern Canada that do like to see their news posted as well.

The east coast is awesome. It's a lot like the west coast only better. Less noise, less traffic and less pollution. You don't see too many covered bridges on the west coast. We don't get that much snow but they are a historic tradition on the east coast. Here are some nice pictures from a local blogger. As I said before, although I was born in North Vancouver and raised in Surrey, my mother was born in Amherst and my father's mother was a librarian from Woodstock. She became a nurse during the war. That's how she met my grandfather when he was wounded in the trenches. Local villain David Giles is from Halifax so crime on both coasts are tied together.