Did Robert Pickton have Accomplices? 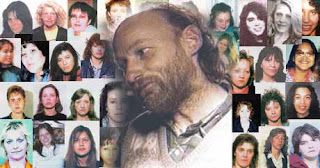 I was shocked to read the article in today's Vancouver Province about the possibility of Robert Pickton having accomplices. It appears to be a National Post article that was also published in the Vancouver Sun. Finally the media steps up to the plate. Robert Pickton was convicted of six counts of murder and faces another possible 20 charges if those don't stick.
. 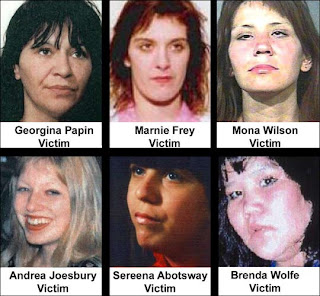 Yet the police have found the remains and DNA of more than 60 women on the farm. Do I believe Robert Pickton murdered all 60? No I do not. Do I believe Robert Pickton was the criminal mastermind and his brother Dave had no idea what was going on? No I do not.
The problems is, these kind of trials are very expensive. The police want to have a conviction. The disturbing part of the case is that the crown admits that there is considerable and obvious evidence that Pickton may not have acted alone but if he was the person in charge and if the others were acting in concert with him, he could still be convicted. I agree with that argument. I just don't think he was the one in charge.
Court testimony describes Robert as mentally diminished and deferred questions to his brother Dave who ran the farm and had been previously convicted of sexual assault on that same farm.
.
I find it disturbing to hear a police officer on cross examination after admitting they did find pills and bungee cord in Dave's room after receiving another report of another sexual assault by him the police officer said just because someone commits sexual assault, that does not necessarily make him a murderer. No, but why didn't the second charge of sexual assault proceed against him?
It is not my quest to assist the defense in helping their client get away with murder. I believe Robert Pickton's conviction should be upheld. My concern is pursuing justice for the more than 54 other women found on the farm. What about them?
The article in the Province concludes with a very profound statement by the defense. "If the Crown believes there is evidence that others were involved, you would think that an investigation would proceed with vigor. Instead, one is left wondering."
.
Women still go missing in East Vancouver. One is also left wondering about the fact that Vancouver has become a hub for international human trafficking. Where do all those women go after their id is incinerated?