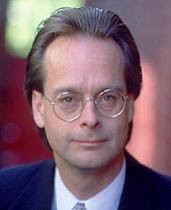 Well this is interesting. We all know of Marc Emery. He's a local pot activist that is waiting to be extradited to the U.S. for selling pot seeds over the Internet. Almost as bad as jay walking in public. Depending upon the volume of course.
Here's the twist: three MPs have submitted a petition to Parliament asking the Justice Minister not to sign Emery's extradition papers. One of the MPs is Libby Davies from the NDP. No surprise there. Then there's Ujall Dosanjh from the Federal Liberals. No big surprise there. The Liberals have been watering down our judicial system for generations and many of them support the legalization of marijuana but I do like Dosanjh.
The surprise is that the third MP is a Conservative - Scott Reid. Well, well, well a divided caucus. Wasn't Harper trying to introduce minimum sentences for the mere possession of marijuana? Now we have one of his MPs supporting a petition not to sign Emery's extradition orders. The Conservatives can't afford to lose any rogue caucus members in a minority government. Every vote counts. Chuck Cadman showed us that.
Here's my beef. I don't support the legalization of marijuana but recognize that there is a big difference between pot and crack. This difference needs to be entrenched in the laws. We have been lobbying the government for years to introduce mandatory minimum sentences for violent crime. The key word there is violent. Cases like the Michael Levy assault when murder or swarmings and senseless beatings are committed. We need mandatory minimum sentences for those crimes. Not for the possession of marijuana.
We also need mandatory minimum sentences for trafficking crack, meth, GBH and cocaine. Minimum sentences even if they are caught selling small quantities because dealers use runners to avoid getting caught with a large amount of drugs at one time.
My beef is this. We need to proceed with anti gang legislation and we need Harper to take the amendment to bill C-15 so that it may pass and introduce mandatory minimum sentences for selling hard drugs not for using them or for possession of pot. We need to crack down on the dealers of hard drugs not addicts. That does not mean taking the other extreme and buying addicts drugs either.
Posted by Dennis Watson at 8:36 PM