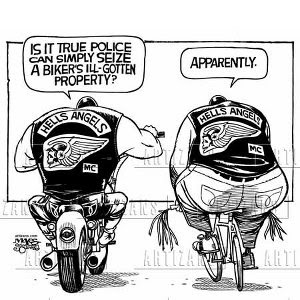 Two Hells Angels from Ontario had their appeal of the courts criminal organization status dismissed by the Supreme Court of Canada.