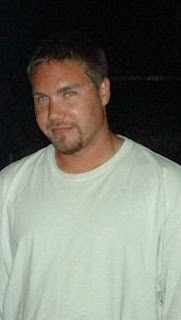 Dustin LaFortune moved to Calgary a few years ago from Winnipeg. He had gone missing and was seriously tortured and found dumped at a hospital. In 2004 he had testified in a Hells Angel murder trail.

In that trial, Danny Tokarchuk was accused of murdering Hells Angels associate and Zig Zag crew member Trevor Savoie. Tokarchuk claimed it was in self defense. He claimed that he had been selling drugs for Savoie, started using the product and fell into debt. He claims he owed him $15,000 and was afraid for his life.

Tokarchuk claims Savoie was following him in his car, called him on his cell phone and demanded he pull over. Tokarchuk then claimed Savoie pulled a pipe and he was afraid for his life thinking he might have a gun and shot him.

However, police claimed the cell phone records said it was Tokarchuk who called Savoie. Savoie was 5’ 6” tall and weighed 125 lbs. Witnesses who called police after he was shot thought it was a 12 year old boy because of his size. Another witness claims she saw two Hells Angels standing over the body laughing one with his foot on Savoie’s head.

Dustin LaFortune’s testimony in that trial was not significant. All it established was Tokarchuk was paranoid and did not make sense when he visited them after the shooting.

The only thing that trial does establish is that Dustin LaFortune and his brother were friends with someone who sold drugs for the Hells Angels and belonged to the zig zag crew.

The torture case is very disturbing. We need to find out who is responsible.

We have a new forum for comments at: http://gangstersout.46.forumer.com