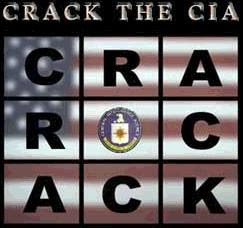 There has been a lot of discussion on another forum about Freeway Ricky Ross and the CIA. I think this CIA thing is important to emphasize. Gary Webb was the star reported that made the Ricky Ross connection public and lost his job over it. He died of a suspicious suicide by shooting himself in the head twice. He documented everything in his book Dark Alliance and it involved a lot more people than Reagan. George Bush Sr. was Director of the CIA at that time.

Before Gary Webb, the CIA - Crack – Contra scam was made public and investigated by the Kerry Committee. Gary Webb was the one that revealed who was dealing the crack the CIA brought into the country. After his report came out other witnesses stepped up to the plate including LAPD officer Mike Rupert and DEA Agent Cele Castillo. Both of whom have undergone huge character assassinations as a result.

Then former DEA Agent Judge Bonner appeared on 60 minutes complaining about how the CIA brought in a ton of cocaine into Florida which the CIA adamantly denied until it was proven. Then they said that was the only time and it was an accident.

Even Sarah McClendon knew about the Mena connection which Clinton helped to cover up. I don’t think the war on hard drugs is a scam. I just think the CIA is on the wrong side.