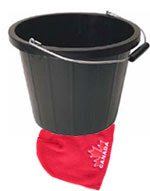 Here's a new twist. Someone quoted a post allegedly made by Anton claiming that Mihaly Illes also went to LA with Joe Bralic. Madinski and Illes were involved in the drug trade.

Illes was the guy who shot Derrick Madinski’s friend, Javan Luke Dowling, with Madinski in the vehicle. Madinski testified that he witnessed Illes cut off Dowling's head and he helped him bury the body outside Squamish. Mihaly claimed Madinski was the shooter.

Neverthelss, if Illes had gone to LA with Joe Brallic and the other two traitors, that would be significant and he would clearly be a person of interest in the Joe Bralic murder as well as Madinski and Favell.

The Tyee reports that Illes was deported back to Hungry in 2000 but Canwest reports that he slipped back into the country months after his deportastion. The Javan Luke Dowling murder happed the same year as the Joe Brallic murder so Illes must have been in the country.