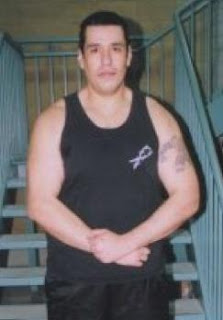 Well this is interesting. Harold Amos was caught on video cutting crack cocaine. Famous Amos was a member of the Zig Zag crew a Hells Angels puppet club in Manitoba. He was arrested with several Hells Angels in 2004 and charged with intimidation but the charges were dropped to save the confidentiality of the informant.

Former Manitoba Hells Angels president Dale Donovan was arrested with them as well as Hells Angel Ian Grant. He's the one that had that confidential RCMP file in his home listing all the Hells Angels in Winnipeg as well as their associates and rivals.

Well, lo and behold Famous Amos is now really famous because this Hells Angels associate was actually caught on police video cutting crack cocaine. Isn't that special. Sounds like a criminal organization to me. Not only do the Hells Angels bring tons of cocaine into the country but they are directly involved in the sale of crack as well. 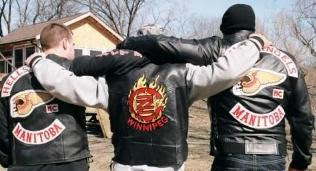