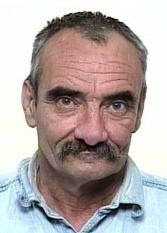 Well that was quick. Project Divide was the recent RCMP sweep on the Hells Angels and their puppet club the Zig Zag Crew in Manitoba. 55 year old Blair Alford was one of four suspects that remained wanted after the crack down so he turned himself into police.

Get this, he delivered 12 ounces of cocaine to a police informant and got a 40 month sentence. That's three years plus 4 months already served no double time credit. Compare that with Chad Barrowby who received 18 months house arrest from Peter Leask for trafficking cocaine for the Hells Angels. See how B.C. is out of touch with the rest of the provinces?

Blair just made one delivery and has a daughter in university. I kinda feel sorry for him. I guess he got off easier than all the young kids that have been killed selling drugs for the Hells Angels.