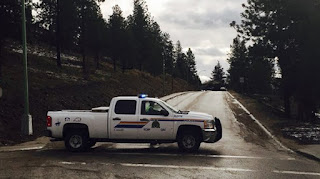 CTV is reporting that police found a man and woman's body in West Kelowna Wednesday morning. The Vancouver Province reports that "West Kelowna RCMP said they responded to a report of sudden death at 7:02 a.m. after the discovery of two bodies in the area of Shannon Way and Westville Way. The bodies were found off the roadway in a wooded area."

Update: Global is reporting that "Police have yet to name the two people found dead in the woods just off Shannon Way in West Kelowna on Wednesday morning, but Facebook posts from friends and family are mourning the deaths of Marcello Verna and Kimberly Ansell. RCMP are confirming that a weapon was recovered at the scene and are still referring to the case as sudden deaths but are not looking for suspects." That would tragically imply murder suicide unless they simply have no suspects to look for.

Kelowna Info News is reporting that Ansell was a mother of two and Verna was a recent graduate from Immaculata High School in Kelowna. Carlo Verna was at one time a full patch Hells Angel until they sucked him dry and stole all his money. 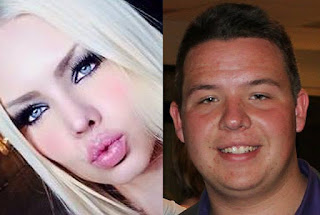 Tragically another body was found inside a vehicle in the area of Bear Creek Road, about two kilometres past Parkinson Road in West Kelowna January of this year. The Peachland view reported that it was Twenty-two year old Tura McCarty of Summerland. Police classified the suspicious death as a homicide and said McCarty was targeted by his killer. 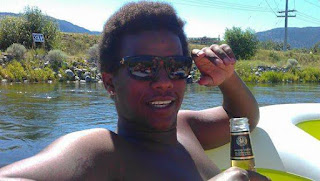 In 2013 Police reported that two bodies found in a black SUV that had crashed into a light standard in a condominium parking lot were victims of a homicide, not a car crash. Police confirmed that Tiffany June Goruk and Jeremy Daniel Snow were the victims of that homicide. Jeremy was involved in a cross border drug bust back in 2009. 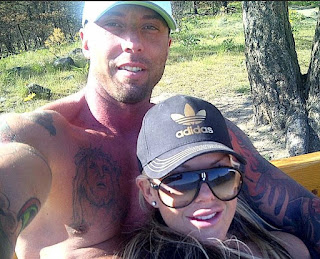 Update: Looks like the Popo are going to blow it off as a murder suicide. How convenient. Was Jeremy and Tiffany a murder suicide? I think not. Lest we forget that Larry Pace (Lars) who now lives in Kelowna, plead guilty to murder n Halifax where he hit someone over the head with a baseball bat and injected him with a lethal dose of heroin to make it look like an OD. Murder suicide just doesn't make sense like with Jesse Haddan's friend in Maple Ridge. And just for the record, Brandy Sarionder didn't commit suicide either.

New Update: Castanet is clarifing that: "Const. Jesse O’Donaghey says the RCMP does not have any suspects to look for at this point in the case, but this may change in the future, as the investigation is ongoing.' That would imply that it is not a murder suicide.

Another Update: Tragically, Marcello's mother passed away in 2013 at the age of 43. The obituary lists Carlo Verna as her brother which would make Marcello Carlo Verna's nephew.