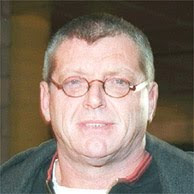 Having been raised on the West coast, I knew virtually nothing about Mom Boucher other than he looked hard core. After reading some news reports I discovered that he was a convicted rapist before he joined the Hells Angels.
I did find the Salvatore Cazzetta story very interesting. Cazzetta and Bouchard started their own white supremest biker club called the SS. It was the Lennoxville massacre in Laval, March 1985 that led them on different paths.
Cazzetta had a problem with it and saw it as a betrayal of the biker code. He became a founding member of the Rock Machine. Bouchard evidently had no problem with it and joined the Hells Angels but there is more to it than that.
Clearly that kind of political massacre became a method of operation for the Hells Angels and Boucher seemed close to it. Take the Death Riders takeover also in Laval. The take over became absolute May 4 1987 when the president of the Death Riders, Martin Huneault, was shot to death in a Laval bar.
Hours after Huneault's funeral Death Riders Mario Martin and Andre Richard were seen meeting with Hells Angels Maurice "Mom" Boucher and Normand "Biff" Hamel. Boucher and Hamel received their colours after the incident which allowed the Hells Angels to completely take over drug trafficking in Laval and the lower Laurentians area. That was right after Maurice got out of jail after serving 40 months for armed sexual assault.
So here's the rumour: I found a fictional book about the Hells Angels called The Angels. The Blog about the book contains an interesting hypothesis about how Maurice "Mom" Boucher at one time paid his "rivals" in the Rock Machine to murder some of his own people who he saw as political threats to his leadership within the club. The author of the book claims to have received the information from an ex Rock Machine member.
Unproven hearsay but somewhat interesting nonetheless given the repeated method of operation we have observed coming from the Hells Angels collectively and Maurice Boucher individually.
Now the final rumour. Word has it that it was Maurice Boucher that gave the Wolverines the information they needed to arrest and wipe out the Quebec Hells Angels in Operation SharQc. Somewhat hard to believe but if he paid others to kill his political opportunists in the past, why wouldn't he take them out the other way? Life in prison with no chance of parole is a lot worse than life in prison with parole. Here's the timeline. Speaking of dirty former cops, how about Mom's pal Guy LePage? 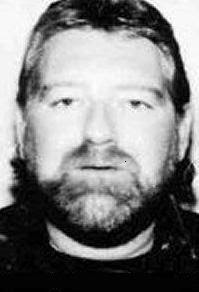 Death Rider vengeance was taken out on Normand "Biff" Hamel April 17 2000 when he was shot dead in retaliation. Is Maurice Bouchard, the other accomplice responsible for that betrayal and take over, next on the hit list? Is that why he sold out his political opponents to the Police in trade for an eventual parole? Or was it to pave the way for his son Francis to rise in the leadership ranks the same way his father did? Time will tell. It always does.
Think about it. Life in prison with No chance of parole is like never having sex with a woman again. Ever. That is not something to laugh about.

I didn't realize he was a petty thief.

Here's a picture of him in prison.