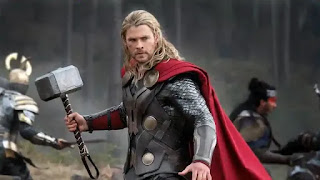 “I want to assure the citizens of Surrey that the services and programs that the city delivers will not be impacted and they can expect the same high level of service as before. What we will be doing as a council is determining what makes the most fiscal sense for our ratepayers and how to responsibly proceed with capital projects. In short, we will not mortgage the city’s future and will operate like a regular household by saving up and paying as we go.”

Three Cheers. The fact that the paper is quoting Tom Gill reveals the paper's biased ownership Post Media Propoganda who passioately lobbed for the tax and spend tsunami in the Vancouver Sun and Province. Tom who? Tommy the Tinker lost the election by a landslide. He is no longer an elected official. He's not the leader of the opposition. He doesn't have a seat any more because he was part of the problem. Dianne Watts put Surrey in record debt. Linda Hepner and Tom Gill perpetuated that debt by supporting junkets. That is the truth.

Doug McCallum is a true conservative not a tax and spend neo con like the others. He supports fiscal responsibility and lower taxes. He already got rid of paid parking at the hospital. He has already lowered taxes through fiscal restraint. This country needs more people like him.