The Hells Angels sold cocaine out of the Dell Hotel 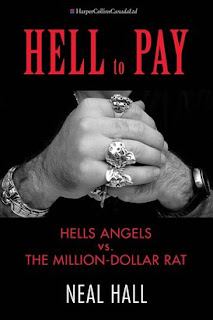 Km Bolan is covering the trial about the seizure of the Hells Angels clubhouses in Nanaimo, East Vancouver and Kelowna. Michael Plante has taken the stand. Obviously Michael Plante's testimony has nothing to do with the Nanaimo clubhouse only the East Van clubhouse. Neil Hall wrote a book about his testimony in the EPandora trial called the Hells Angels vs the Million Dollar Rat. Plante was paid a million dollars to wire tap and testify against the East Vancouver Hells Angels. Now Kim Bolan is reporting that he is being paid $80,000 to testify in this trial.

Michael Plante's testimony primarily involved Randy Potts, John Punko and Ron Lising. Randy Potts was a complete Potsie. He was a full patch Hells Angel. Somebody beat him up in Surrey and stole his patch. The interesting part of the recent testimony was the claim that Michael Plante met Randy Potts when Randy was selling cociane out of the Dell Hotel in Surrey.

That is yet another confirmation the Hells Angels were actively involved in that part of the Surrey drug trade at that time. Ryan was a long time Surrey meth cook that worked for John Punko.

Bag of guns found in Newton tied to the Hells Angels