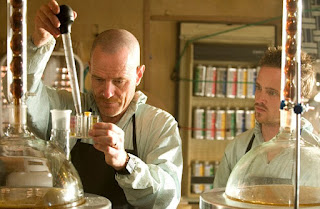 Speaking of crystal meth in Vancouver, Surrey's Hells Angel meth cook is back in the news. The Vancouver Province is reporting the government wants to keep some money it seized from the Hells Angels through proceeds of crime legislation.

In 2008 Prosecutor Martha Devlin alleged in court that Ryan was cooking up crystal meth for a member of the Hells Angels, whose name had been banned by the trial judge.

This is another example of an over reaching and illegal publication ban by a corrupt BC judge. Publication bans are supposed to protect an individuals right to a fair trial not stifle the freedom of the press. They are only for evidence that was submitted in court when the jury wasn’t present. Evidence when the jury was present is fair game. They are also supposed to expire when the verdict has been rendered.

Thankfully, in another case not covered by a publication ban involving police informant Michael Plante, the one Kim Bolan made a special series and web site about, it was revealed that Ryan made meth for John Punko and Ron Lising. The court heard evidence claiming John Punko didn’t want Ryan making crystal meth for anyone but him. The picture of Ryan the police handed out in 2005 as part of an investigation into the East Vancouver Hells Angels.

In March of 2010, a blog reader recognized Ryan’s picture from the gang member registry on the Gangsters out web site. They said they were aware of a Hells Angels crack house in Vancouver run by a skinhead that looked just like Ryan and was also called Ryan. They had some disturbing tales to tell of women being held captive and disappearing leaving only traces of their ID behind similar to the Surrey House of Horrors and the Pickton farm.