The rise and fall of Preston Manning 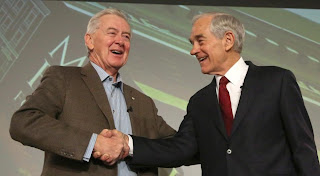 I saw a short clip of one of his interviews where he said two profound things. Reflecting upon the /90’s when the Reform party swept the west he was asked if things have changed since then. Manning’s first observation was that they took a firm stand on balancing the budget and reducing the debt back then and were considered quite radical for doing so at the time. Now he observes that every party talks about balancing the budget and reducing the debt so that is progress. Yet talking the talk and walking the walk are two very different things.

He admits it’s a tough sell within the current party and many defensively raise their hands at the thought suggesting there is still some work to be done to convince the new party that protecting the environment is being fiscally responsible. In fact, Stephen Harper has done the exact opposite.

As we remember, the Reform Party completely swept the West coast and won almost every seat. The movement stopped dead in Ontario where many saw it as a separatist party which was not true. Reform’s position was if Quebec wants to separate, let them. The sky will not fall. Ontario couldn’t grasp the idea and stood apart. That’s when Reform saw they had gone as far as they could go and needed to make some new alliances if they were to take Ottawa. Or restore some burned bridges. 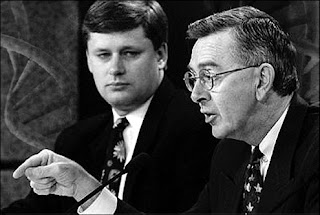 This famous quote from the past is the ultimate historic deception from Brutus himself: As party members gathered in Saskatoon, policy director Stephen Harper told the assembly they must set aside their fringe status and take the fight to Parliament Hill. "We are not here to fight Preston Manning," Harper told the party's grassroots. "We are here to help Preston Manning. We are here to fight Brian Mulroney and Jean Chrétien and Audrey McLaughlin." 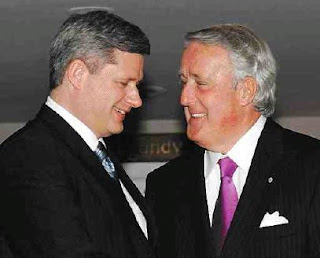 How on earth could Stephen Harper make that statement with a straight face? Clearly his masterful deception meant he was going places. Remember Harry Potter? Remember Tom Riddle? Rearrange the letters in Tom Riddle’s name and you get Lord Voldemort. Well, Stephen Harper is Brian Mulroney. Suggesting at one time he was mandated to fight him when he has done everything in his power to mimic and embrace him reveals the neo con implant.

It really comes as no surprise. Preston Manning’s original quest was to balance the budget to save social programs not destroy them. Preston Manning challenged us to look beyond the left and right and see issues not stereotypes. The slogan was unite the bright. Only the staff made a typo and printed unite the right so they decided to run with it. They merged with the very Mulroney neo con they originally set out to oppose and under Stephen Harper’s leadership became just like him.

We saw Preston Manning rise. He fell when he embraced Stephen Harper’s con. He fell when he continues to embrace that deception in an attempt to unite the right knowing full well that right is no longer right. Preston Manning fell when he embraced Harper and Christy Clark’s pee wee Herman advisor that is obsessed with spending tax dollars on advertizing to convince voters how to think when Reform promised to poll voters to create policies not brainwash them like big brother. Indeed great has been the fall there of. Stephen Harper is no Ron Paul. He is the exact opposite. Corporate communism has been revealed and we are now funding China’s military expansion.