A salute to Michael Green and the TBM 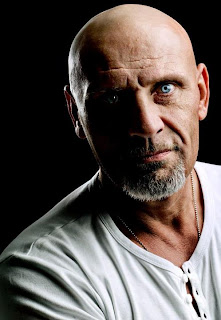 I’ve made references to the TBM Fresh Start group in Denmark before but I just wanted to reemphasize what a great work they are doing. TBM is Danish for Gang Members Fresh Start. These are former gang members who have left the lifestyle and want a fresh start on life. Michael Green is the public face of the group and there are many anonymous members. Obviously leaving the lifestyle can also be very dangerous. Keeping with the Men in Black theme I refer to him as the Pitbull of Scandinavia.

Michael made reference to the number of treatment centers that help people get off drugs or overcome gambling problems. He then asks where are the programs to help people leave the gang life? There aren’t any. That is where TBM Fresh Start comes in. This is his struggle in his own words translated roughly by Google translate. I tried to fix the translation errors but I’m not very good with languages. Just realize this guy is the real deal and he’s totally sincere. This is the Easter Redemption. Word.

An old proverb says that all change is good, but the truth is something else, for there is something we humans really fear - change. Everything that can jeopardize our security makes us insecure, because it can not only change our daily lives, but also the rest of our life.

It’s the same for all the people who have lived the gang and biker life, for whether voluntarily or involuntarily leaving that environment, they will be forced to live with a new and completely different environment than they previously lived in.

Although all of the TBM has a different background and history of gang and biker life, there is no real big difference between us, we share what we fear most - change and that is what we now face. What before was normal and easy for us, is now a challenge and something difficult. We must adapt with everything, just to have a chance to start living a new life.

For me personally, every day is not only a challenge but a direct battle. It is the biggest challenge I've ever faced in my life, and the most important battle I’ll ever had to fight. 5 years ago I made my choice to leave the life I had lived for more than 20 years, which for me was as normal a life as it is for ordinary people who go to work 9 to 5, and each month get their salaries, which maintain their lifestyles.

I have not had a job since 1988, and my way of life and lifestyle were subsequently funded by the money I "made" until in 2006 the National bill sent me on an undeserved vacation, (Prison) but today I actually am happy it was assigned to me, because for the first time in my life I looked inward, and as did so I got the opportunity to change me.

No doubt without that holiday I would have lived the same life, and every day done the same thing without having to think about it or why I do that. Yet to be able to change something is the most important tool we have because it can only happen if we are motivated to do so. Without motivation we can’t accomplish anything. Although everything in my life before 2006 was much easier and less problematic, I would not swap it with the life I live now - in spite of every day I have to fight with everything that before did not exist in my life.

Whatever resistance I on my new road will meet or face - I shall deny myself that would lie down and give up - because I know I am the last to leave my struggle as the winner - maybe not a knock out, but with the guarantee of points.

Life has no meaning or value without goals, and for all of TBM it is the goal that life must have a new meaning and value, for otherwise this post had never been written. Contempt and judge us for the life we lived, but don’t punish us for the life we want to live side by side with you - because basically we would be just like to be like you - neither more nor less.