Sex trade worker beaten, tied up and dragged by a van

Catching up with stories from the week, this one is disturbing. March 4th a Vancouver sex trade worker was beaten, tied up and dragged by a van. She’s from, where else, East Vancouver. Robert Pickton’s old stopping ground. She was driven to a secluded area where she was beaten and tied up. She managed to partially free herself and fearing for her life, jumped from the moving van. If she hadn’t it’s quite possible she would have been another missing woman from the DTES.

The suspect is described as a white man with a tanned complexion, balding with a moustache or goatee. He may have had an Australian accent. His van was described as a white panel van with roof racks. My question is, was this a John, a Pimp or a drug dealer? Back in the day, Vancouver prostitutes used to have enforcers that would beat up Johns that mistreated the women. That all changed when the Hells Angels took over the industry. After they took it over they all started to go missing at biker parties on the Pickton farm.

Update: Police have released a composite sketch of the suspect in the East Vancouver kidnapping and assault. They also have a video clip of the van he was driving. 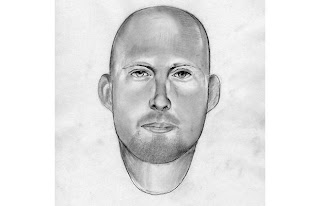 The police also released a composite drawing of two men who are suspects in another sex trade worker assault in Surrey that occurred October 18th. The assault happened between 4 and 6 p.m., when a sex trade worker was picked up by two men in the area of King George Boulevard and 105th Avenue. She was driven to a secluded area in the 12800-block of Colebrook Road and sexually and physically assaulted. Waheed Faiyaz has been charged in yet another case. 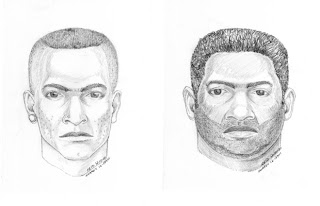 Janice Shore's funeral was yesterday. This is a different case. The level of violence in that case was very disturbing. People say if she was murdered for a drug debt it couldn't have been a large debt because she was a user not a dealer. She was kind and soft spoken. The kind of mark these drug dealing predators target.