North Korea is off the hook 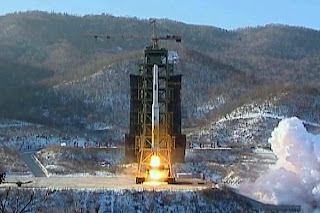 Lots of gang news breaking but I think it’s important to remember how outrageous North Korea is being and how that directly relates to public safety. All this talk about Weapons of Mass Destruction in Iraq that they never had while North Korea is defiantly launching missiles testing and displaying it’s nuclear capabilities. That is outrageous; sanctions are urgent.

North Korea claims it will cancel the 1953 cease-fire that ended the Korean War. Any country that conducts nuclear tests to scare the world should be immediately placed under sanctions. Stop doing business with them and the countries that support their military arsenal. When North Korea threatens to return to the Korean War where a Communist dictatorship tries to invade and oppress a sovereign nation, then that’s time to enlist for military service to stop them. It’s that simple.

What we need to do is revoke this insane deal giving Communist China, who backed North Korea and North Vietnam in those wars ownership of Canada’ oil rights. We are funding their military expansion. North Korea cancels non-aggression pact with South Korea, Canada cancels China’s ownership of their oil. It’s that simple. North Korea has threatened to strike the U.S. with nuclear missiles. We cannot support that and must oppose it. All the refuse the cruise and anti nuclear weapons demonstrations are in vain if we don’t. Canada selling China nuclear reactors contributes to this international threat. Where do you think North Korea gets it from? This problem is our fault.