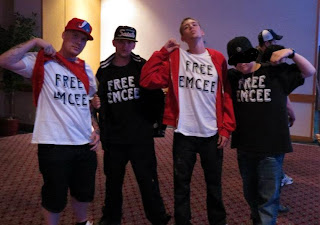 We’ve been talking about the new developments in the brutal sexual assault in Prince George. The case is a clear example of how personal responsibility and political corruption has resulted in brutal violence tied to the gang war. Crown council is supposed to represent the victim in such a horrendous assault. It’s not supposed to represent the defense. The defense already has lawyers.

It turns out the ministry has been busy behind the scenes continuing it’s pattern of criminal negligence in getting these young offenders off and covering up the offense without a consequence. Some of the kids have already been released on bail. One of which is another young “rapper” who supports the free Emcee Dusty movement with Red Rum promoting the release of a criminal who was cutting off fingers for drug debts owed to the Crew. Most of which have crossed over to the Independent Soldiers and are still selling drugs for the Hells Angels in Prince George. The ones running the crack shacks where addicts have been found chained in the basements tortured for drug debts. Red Rum is on the left in the top picture. 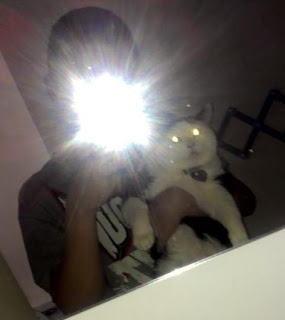 One of the underage offenders who has been released and is still posting on facebook posted this picture of himself with a cat. One would think that is honest enough. Until one realizes that locals refer to kids posting pictures of them with cats as members of the KKK - Kitty Kat Killars. Below the picture his friends were joking about the cat saying be careful or the cat gets the broomstick. They were joking about sodomizing the cat with a broom stick just like he has been accused of sodomizing a teenage victim with a broomstick. This is the legacy of Ricky Ciarniello and David Black. There is nothing tough, cool or hard core about killing or torturing cats. It is deranged.

In our last post on the case we pointed out that the driving force behind the accused is a 18 year old named Glen Louis who is another “rapper” for Kitt Alwood’s Urban Underground. He raps with two other accused and wrote a song calling for the release of three of the accused. He failed to mention the other member of his “family” he raps with that is also accused. He wants him to take the fall for the others. He wants to use that guy and show love for the others. It clearly does look like just another dysfunctional family. Especially since they are bragging about selling drugs and collecting drug debts after they just sodomized a young victim with a broom stick. 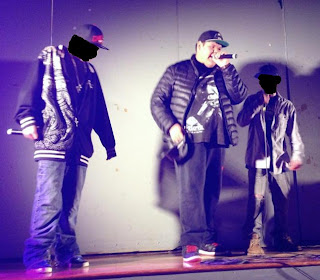 The common denominator with all these kids is that they live or were raised by the ministry. These privatized group homes raise the kids without consequences and turn them into spoilt brats. They can’t even make the kids go to school. Glen Louis just turned 18 and will be leaving the program with a grade eight education. That hasn’t prepared him for the real world. It has only prepared him to be what he is – a bully that brags about selling drugs and collecting drug debts from young kids. 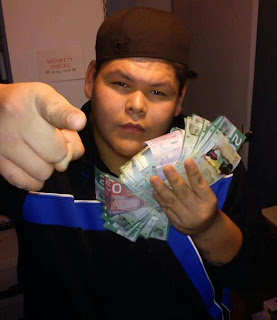 Keep in mind, this is Shirley bond’s riding. “Shirley Bond, BC Liberal MLA for Prince George-Valemount serving with Premier Christy Clark and the BC Liberal Team.” Shirley bond and the BC Liberals are criminally negligent in what has happened to these privatized group homes where workers can’t even press charges for assault if they are beaten up by a kid there. Where it is common for kids from different families who meet at a co ed group home run by the ministry to sleep together. Where kids have no real clothing allowance and the company makes money.

As I said in the last post on the subject, raising kids without consequences is child abuse. You don’t have to hit a kid to force them to face a consequence. If you don’t go to school, you don’t get TV or video games. If you have sex with someone in the home you will be sent to another one. If you assault an employee at the home you will have a curfew and won’t be allowed to go to parties at night. It’s that simple. What we see the ministry do now is criminal negligence. This class action case is proof of it.

Did I mention that Red Rum’s young offender is a cousin of Billy Moore and is friends with his son? The fact that these delinquents brag about selling drugs for the same guys that killed Billy Moore shows they have no respect for anyone including themselves.