Boeing makes a fighter jet that rivals the F-35 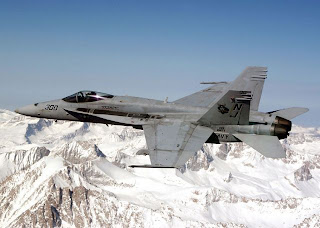 There’s been a lot of talk about the ballooning costs of the fleet of fighter jets Stephen Harper wants to buy. The fact that they can’t be used in the arctic to protect Canada is a huge concern,. The fact that one of his candidates lobbied for the company that builds them is another. Turns out Boeing makes a fighter jet that rivals the F-35 for half the price.

Lets see… Boeing has experience making planes… It certainly is worth a look. Canada needs some jets. How many and what for is the question. Spending billions on insider trading jets that can’t be used in the arctic is simply corruption. Especially when it means cutting funding for personnel and everything else in the military. Closing the Vancouver coast guard in lieu of this expenditure is irresponsible.

In the Boeing Super Hornet, additional fuel can be carried in up to five external fuel tanks and the aircraft can be configured as an airborne tanker by adding an external air refueling system. That’s a lot better than having to contract out the air to air fueling in the F-35.

Posted by Dennis Watson at 7:19 AM