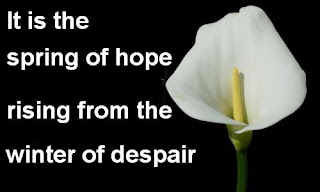 Charles Dickens once said, it was the best of times, it was the worst of times… it was the spring of hope, it was the winter of despair. Organized crime is getting out of hand. A few years ago, Steve Brown referred to the gang violence as an insurgency. Yet many of us are likely unphased by a gang war. Drug dealers murdering drug dealers. Many will say good riddance. Yet for me the concerns permeate our very existence. It has become a culture of violence. A culture of cruelty and brutality. We are losing touch with humanity and becoming consumed with greed. Tragic really.

We have known that the Hells Angels have murdered a lot of people in Quebec over the years in their biker war which was a war for the profits of the drug trade. A refusal to share those profits. An obsession with greed and a monopoly on the drug trade. Seeing that obsession thrive in Vancouver diminishes all of us.

I’ll admit I didn’t lose any sleep over the news of Jonathon Bacon’s death. He and Larry Amero have been responsible for many murders. In Quebec the Hells Angels had a fund they would channel a portion of their drug profits into to pay for the murders of rival drug dealers. Larry Amero’s friend being recently charged in a Toronto murder is but one example. The murder of the leader of the Bo Gars in Montreal because he refused Greg Wooley’s offer to work for the Hells Angels is another.

Now we have two cases before us that have created a public outcry. First is the Surrey Six. The Bacon brothers have been charged with murder in a plot to take over the leadership of the Red Scorpions and make them work for the Hells Angels. It is clear that Larry Amero and the Hells Angels supported them. Murdering two innocent bystanders crossed the line and created a public outcry that continues despite the perpetual violence.

The other case was two members of the Hells Angels and one member of the Throttle Lockers beating Dain Philips to death with baseball bats and hammers. That is the epitome of barbarianism. It has shown how completely out of control the Hells Angels have become. Sure, many have turned their back on them and offered a rewards for beating them up in prison, yet Dain Philips wasn’t the only one. Britney Irving and Geoff Meisner are two others. There have been many more.

Joey Verma getting a VP tattoo for the Kingpin Crew after murdering Britney is once again the epitome of barbarianism. Arrogance that has lost touch with reality. Murdering a wonderful young woman is nothing to brag about. These animals are so confused they can’t even see that. That’s another case coming to trial this year.

Clearly the Hells Angels have no right to use the word rat ever again unless they are referring to themselves. Johnny Newcome’s stolen car ring was low life. Now he’s back in business and nothing has changed. They just don’t get it. They have no concept of what L & R means at all. Clearly it’s because they don’t even respect themselves. Their deranged actions are proof of that.

Skeletor’s first stolen motorcycle shows us how he got his start. By benefitting from the betrayal of the brothers he pledged to support. We know the Hobo clown only worships money and he himself declared his friendship is for sale. The Devil’s Butler has shown us Ricky Ciarniello’s real history. Janice Shore and Bob Roth’s murders have also diminished us.

Clearly these are the worst of times. It is the winter of despair. Yet because we can see through their lies and their plastic inhumane world, these are the best of time. It is the spring of hope because we are free. We are free to act. Free to choose. Without being blinded by their lies any more. Live your life without the brutality and violence. Good riddance to the violence.