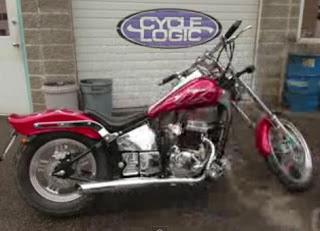 Castanet is reporting that West Kelowna Council is being asked to revoke the business license for Cycle Logic. Police raided it last August and said it was the hub of a stolen car, boat and motorcycle ring that would change the vins on stolen vehicles. Jonny Newcome was arrested as well as two Hells Angels from Calgary.

Is that why Jonny came up with Priest Valley Speed? If he changes the name of his stolen car ring does that mean he gets a new business license? They do have a funny youtube video advertizing it claiming they can fix any bike but they can’t fix stupid. Priest Valley Speed are advertizing bikes for sale at Cycle Logic. I guess that’s kinda like TBarz under new management. Not.

BTW Rats steal cars and motorcycles. One blog reader was wondering what that brand new big rig that's going up and down the highway all the time, plastered with Kreater Custom motorcycles logo was hauling. Are they gonna try to say they are hauling bikes to shows in PG or Calgary? Last time I checked winter wasn't the most appealing bike season in Canada.... Maybe they’re transporting plants for his dad’s gardening chain. Sad to see him support HA events though. 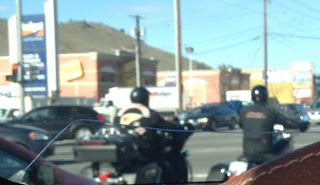 Update: Castanet is confirming that West Kelowna city council did in fact revoke Cycle Logic’s business license because of all the stolen property charges involving Johnny Newcome and Cycle Logic. I’m not sure how that applies to his Priest Valley Speed.