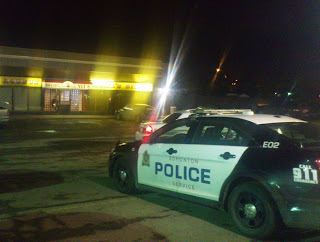 Edmonton seems to be heating up as well. A double shooting in Edmonton left one dead last night. That’s their 5th murder for the New Year. No names have been released yet but Police say the shooting is also believed to be gang related. Two men were shot inside Mama's pizza at 28th avenue and Mill Woods Road around 10:30 pm Saturday night.

Saturday morning there was a shooting in the area of 108th Avenue and 111th Street. When police arrives, they found a male in is 20’s suffering from a gunshot wound. His injuries were serious but they are not considered life threatening. Last week a man known to the police was shot multiple times in southwest Edmonton.

Last week the Edmonton Drug and Gang Enforcement arrested and charged two suspects for drug trafficking. Search warrants were executed on two residences in the area of 165 Avenue and 56 Street, and at 113 Avenue and 122 Street on Friday, March 22, 2013 where guns, drug paraphernalia and 5.5 kilos of cocaine were seized. Roger Teixeira, 30 and Daniel Teixeira, 27, have been charged with possession for the purpose of trafficking as well as firearm offenses. Happy Easter. Someone must have forgot about the holiday.

Kim Bolan is also reporting that there was a triple shooting in Princeton, BC Saturday night which left two dead and one in serious condition. A suspect has already been apprehended.