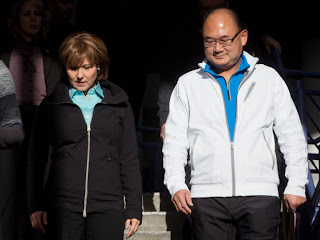 I don’t understand what all the hullabaloo is over this multicultural “scandal “ with the BC Liberals. God knows the BC Liberals do have a mountain of legitimate scandals. I just don’t see this as one of them. They got caught trying to reach out to ethnic minorities. And… What else? What’s the scandal?

They tried to reach out to ethnic minorities and a MLA who is a visible minority takes the fall and resigns. I just don’t get it. BC Rail – that’s a scandal. Campbell Heights Industrial Park – that’s a scandal. Reaching out to minorities isn’t. It’s almost like Godzilla’s spin doctor is working the other side to promote the Surrey high jacking of the party.

The latest news is that they did it on the tax payer’s dime which certainly isn’t surprising. How about all those stupid freaking partisan adds on TV and even the super bowl on the tax payers dime? That’s a bigger scandal and no one seems to care about that. Except the taxpayers foundation of course. Are they going to pay that money back?