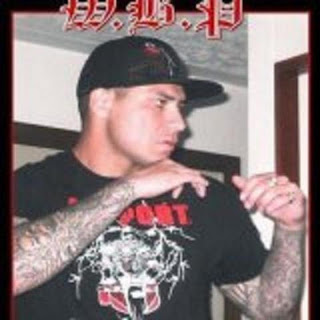 Speaking of Nazi symbols and the Hells Angels, it turns out the Whiteboy Posse are the ones who were involved in that courthouse shooting in Alberta recently. Last Tuesday an Alberta sheriff was shot in the hand during a prisoner transfer at the Whitecourt courthouse north west of Edmonton.

“Two men were spotted fleeing in a prisoner transport van, but were arrested within the hour at a rural home near Whitecourt. Clayton Ness and Jake MacIntyre, both of Whitecourt, face aggravated assault, assault with a weapon, escape from lawful custody and other charges.”

Again, these don’t appear to be brain surgeons. Escaping from custody and hiding out in the small town they’re from. The interesting thing is who they are and why they were in prison. Turns out they were recently arrested February 21st as part of a significant drug bust in Whitecourt. Police seized pot, cocaine, crystal meth and illegal firearms.

“All of these people lived in Whitecourt and they were linked to an organized crime group in Whitecourt,” said Staff Sgt. Rodney Koscielny of the Whitecourt RCMP. So these guys are members of an organized crime group in a significant drug bust where cocaine and crystal meth were seized in a small town in northern Alberta outside Edmonton. That sure sounds like the Whiteboy Posse. The ones who decapitated a Lloydminster man in Edmonton for a drug debt tied to the Edmonton Hells Angels.

I check out Clayton Ness' Facebook where he admits to being a member of a gang but doesn’t name the gang. One of Clay’s facebook friends is William Jones from Surrey who is wearing an Edmonton support shirt in his profile picture with the letters WBP written across the top of the picture. That confirms a connection to the Whiteboy Posse. The Whiteboy posse in Surrey is very concerning. There is no room for Nazi’s here.

Interestingly, another one of Clay’s facebook friends is Greg Billings who is also wearing a support shirt in his profile picture and has a memorial tattoo for Peter Pablo Butler. Pablo is from Whitecourt and went missing March 15 2008. Pablo is Native and was pictured wearing that same Hells Angels support gear with 51 on it for the Edmonton Hells Angles. Tragically he went missing in 2008 and is assumed dead. 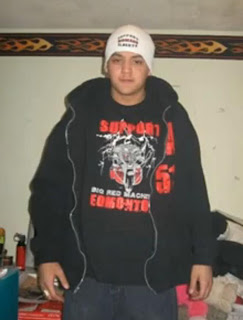 Update on the Dirty Few MC