BC Liberals: Rats fighting over a sinking ship 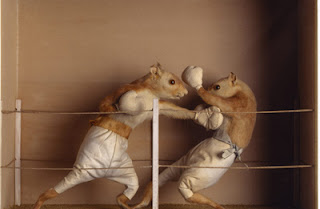 Well this is rather bizarre. “Surrey Liberals” call for Christy Clark’s resignation. What a bunch of self serving ego maniacs. Kicking the cat by blaming their indiscretions on Christy Clark. That is a joke. Remember Gordon Campbell? Remember the HST? Remember the party’s history of arrogantly steam rolling over voters? Christy Clark was their best chance at helping voters forget about their past. We can see nothing has changed.

This new declaration is right after the Liberals lost riding presidents in Surrey-Whalley, Surrey-Fleetwood, and Surrey-Green Timbers. Three of the four ridings in Surrey. So just who are these new representatives calling for Christy Clark’s resignation?

James Plett was the Vice President of the Surrey Tynehead riding association until he took to Twitter to say he is tired of all the scandals and quit. On twitter he wrote: 'Sick of "Today's @bcliberals" corruption + scandal after scandal. Worse than the BC NDP of yesteryear. I quit effective now #bcpoli'

CKNW is reporting that Plett says the party is riding roughshod over the associations and just putting candidates into place with no nomination race or voting. "I have been a dyed in the wool believer and I think myself and a lot of people are just being shuffled off and are just being told to take a hike and its actually very disappointing it is not a good turn and at this point myself and a lot of BC Liberals...former BC Liberal supporters are asking themselves if an NDP government would be that much worse."

He wasn’t referring to Christy Clark. He was referring to these new yahoos that high jacked their way into the Surrey candidacy. Which brings us to Marvin Hunt and the Blue Oyster Cult. Marvin Hunt just announced his candidacy for the BC Liberals. He was part of Godzilla’s Campbell Heights scandal where dirty developers who donated to the BC Liberals got a sweetheart deal on some land at the Campbell Heights Industrial play park and flipped it at a huge profit after Surrey First rezoned it for them. It’s all very conflicted. I guess that’s what James Plett means by scandal after scandal.

Why now we hear the Langley Mayor has just decided to run for the BC Liberals. Why he’s part of that Metro Vancouver Mayor’s council. That’s another scandal all on it’s own. Wasting tax dollars to promote their own political careers. Shameful.

Get this, Fassbender is running, you guessed it, in Surrey. He's one of the yahoo's causing the trouble that's causing people to resign. He's a fast bender alright. Oh and a Langley RCMP inspector is also running in Surrey: Surrey Tynehead! What a bunch of corrupt self serving idiots. All I can say is I’m glad these idiots are fighting over the sinking ship and have stopped coming over to pollute the BC Conservatives.