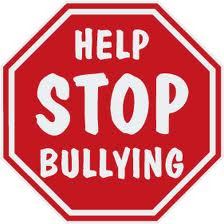 Here we go again. The City of Surrey threatened to sue the owner of the Surrey Shirts web site for his satire shirts about Surrey over copyright violation. Then the lawyer for Surrey First said they were not taking him to court they just sent him a letter objecting to his shirts. Now all of a sudden they’ve been banned from Surrey Place Mall.

After getting all the media exposure they started selling the shirts at a kiosk in the Mall. Now they’ve been banned and are no longer for sale there. “It’s not a ban,” Laura Ballance, a spokeswoman for the mall, said. “They talked to the retailer and they agreed to remove the merchandise." Oh really. Who is they?

Pitcairn was also denied a table by the Cloverdale Sunday market “We’re concerned that Surrey Shirts has been blacklisted from public events and effectively banned from the city of Surrey,” Pitcairn said. But a City of Surrey spokeswoman said that’s not true. “No city staff member has had any contact with any retailer, mall or market regarding his clothing,” Tara Foslien said.

Stop lying! None of us are that stupid. Laura Ballance represents Dianne Watts. She is Godzilla’s media spin doctor. Another wannabe Matt Wilcox. Laura Ballance also represents the self indulgent Mayors council as well as the City of Surrey. It is clear that the city of Surrey bullied the Mall and are now lying about doing so. Again.

It’s fine to say Surrey had a bad reputation but we are tying to change that but denying free speech and suppressing crime statistics is wrong. Especially when you have this ridiculous political agenda. We have already seen the results of Marvin Hunt and the former Mayor of Langley high jacking the BC Liberal candidacy for MLA’s in Surrey. They skipped the nomination and election procedure, then demanded Christy Clark resign. Clearly the City of Surrey’s bullying has extended into Provincial politics. “We’ll bully Surrey First, then the entire Province.”

Corporations can threaten to withdraw media advertizing dollars but consumers can withdraw their business. That is supply and demand in a Free Market. It’s time we boycott Surrey Place Mall and the Cloverdale Sunday market until they rescind their decision to heed Godzilla’s bullying. You can still buy your Surrey Shirts online. It is lawful to wear them.