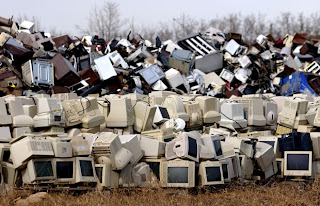 A Surrey recycling company is facing 24 federal charges for allegedly exporting hazardous electronic waste to China. That’s a switch. Usually they’re trying to import hazardous waste into Canada. Just wait until they start burning it in Surrey. A lot of people still put electronics in the garbage so a lot of it will get burned when they build their toxic incinerator in Surrey.

Ironically enough, they had plans to build an incinerator in Surrey England but their City Hall caved in to public pressure opposing it. Newfoundland used to burn garbage but are phasing them out. So other places phase it out and Surrey brings it in. That’s not very forward thinking.

With regards to this Surrey company exporting hazardous waste to China, just wait until they sue under NAFTA Chapter 11 in the new China agreement. Another reason why these crazy clauses in these bad trade agreements that have nothing to do with free trade have to go. 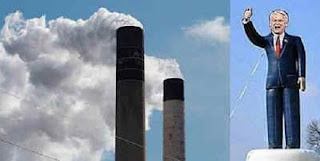 Every time you cross the Port Mann bridge you can see the old landfill sight. It’s a pleasant green hill with no toxic fumes whatsoever. The only mistake we made there was building it near a river. They made the same mistake many years ago in Lynn Canyon headwaters. North Vancouver used to get their drinking water from Lynn canyon head waters. Until they realized that rust and corrosion from the landfill site they built next to the creek was seeping into the water every time it rained. There is nothing wrong with landfill sights in Canada that aren’t beside rivers. Corporations just want to make money by burning everything and choking us unconscious.

Posted by Dennis Watson at 6:55 AM