JJ Truscott is out of his mind 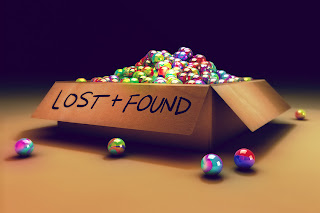 Justice John Truscott has lost his marbles. Perhaps we should put an add in the paper for him. This case is yet another example of what a joke the injustice system in BC has become. Only it’s not funny. John Truscott just acquitted a Surrey trucker who was caught smuggling 114 kilos of cocaine across the boarder in his truck.

The Vancouver Province is reporting that: “On July 19, 2009, Amritpal Singh Narwal was stopped at the Huntingdon (Sumas) border crossing driving a 2003 Kenworth tractor and pulling an apparently empty 1996 commercial trailer. When a border officer inspected the trailer, he observed that washers holding screws to a metal plate on the back of a refrigeration unit appeared scratched, as if the plate had been removed and replaced repeatedly.

Using a screwdriver, he removed one or two screws, peered behind the plate and pulled out two kilograms of cocaine. When the plate was completely removed, it was discovered that the interior of the refrigeration unit had been hollowed out and filled with 144 kilograms of cocaine. At the trial Narwal claimed that he had no knowledge the cocaine was in the trailer and no reason to suspect it was there.

B.C. Supreme Court Justice John Truscott concluded "that whoever loaded the cocaine did it without the accused's knowledge and involvement, so that the accused would not appear nervous at the border or disappear with the cocaine." Come on, that is ridiculous. The border officer noticed that “the washers holding screws to a metal plate on the back of a refrigeration unit appeared scratched, as if the plate had been removed and replaced repeatedly.” Replaced repeatedly. As in it has been done many times before.

“Someone” Hollowed out the refrigeration unit without his knowledge. That’s pretty hard for a driver not to notice. 144 kilos of cocaine takes up a fair amount of space. It’s highly likely that by hollowing out the refer unit, the refrigeration stopped working. That’s kind of hard for a trucker not to notice. On top of that he produced a false delivery bill to cover up the fact that he drove all the way to LA to pick up the cocaine.

This judge is an idiot. This is even worse than the Glen Hehn case where he was caught red handed loading 52 kilos of cocaine from his storage locker onto a truck. He told the judge that he didn’t know what was in the boxes and was helping an associate move. Yeah, what did the associate say was in the boxes? An associate isn’t going to move that much cocaine without the Hells Angels permission.

At least in the Glen Hehn case someone else took the fall and said they did it. In this case no one took the fall and the judge let the guy walk away free. That is crazy. Not much of a deterrent there. This brings us to the misconception that the public are not allowed to criticize judges. The public’s not learned in the law so they can’t understand the law like the judge can. Bullsh*t. We pay their salaries. We elect the governments that make and change the law. The public has a right and a duty to criticize bad decisions that mock justice.

Check out JJ’s rap sheet: Police received a call about someone tied up on a person’s property. The police responded to the call and found a grow op on site. JJ threw out the evidence because he said the call claiming someone was tied up inside was bizarre and contained little rational information suggesting someone was in danger. He said “In my view, when the two constables went to the address and spoke to the accused at the front gate and were told that there was no one tied up at that residence, they should have accepted that and left,”

Yes warrantless searches are a concern. Yet dismissing a 911 call claiming someone is tied up inside being held captive because it sounds crazy is absurd. Stranger things happen every day.

In fact, this egomaniac even overruled a city bylaw to allow an addiction treatment centre in effect banning the treatment centre. Supreme Court Justice John Truscott found the bylaw was inconsistent with the city's official community plan (OCP) and therefore contrary to the Local Government Act.

"In my view, in order to authorize this recovery facility on this site, city council will be required to amend the OCP," Truscott wrote in a reasons for judgment. Council adopted the bylaw in December 2011 to allow the creation of a 30-bed Northern Supportive Recovery Centre for Women at the now-closed school. JJ shut it down. He was way out of his jurisdiction.

This is a pattern of insanity. John Truscott needs a psychiatric evaluation before he returns to the bench. He is clearly a danger to society in that position.