Kelowna Hells Angel back in court for assault 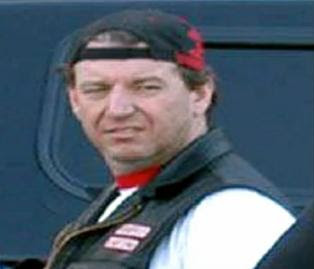 Joseph Bruce Skreptak is back in the news. He’s the Kelowna Hells Angel that was caught with a car full of weapons, bullet proof vests and a cell phone jammer with some associates in Salmon Arm. He’s the one that owned a house that the renters had a grow op in. He wasn’t involved of course despite the fact that his truck was parked out front with a Hells Angels bumper sticker on it and Hells Angels stickers were posted inside the grow op. The renters took the fall for that one.

Well now he’s in the news because of that home invasion and assault. He told the court he “believed” the man’s son had “stolen jewelry” from him and that’s why he assaulted him. Kelowna Cap News is reporting that:

“Late on Nov. 1, 2010, Skreptak, 47, went to the home of a Kelowna teen to confront him about approximately $10,000 in “jewelry” that had gone missing from his home. While in the one-room apartment, Skreptak punched the youth’s father four to five times, the court heard. As a result, the man’s left side of his face was pushed in and he suffered fractures to the bones around his eye that required surgery to insert plates, said Crown counsel Catherine Fedder.”

“Crown said the two teens present for the assault were intimidated by the knowledge that Skreptak was a member of the Hells Angels. ‘This case is...about a grown man who chooses to use his position as a member of an outlaw motorcycle gang to bully two teenagers and a defenceless man,’ said Fedder.”

The claim that the money was about jewelry fails the test of believability as does the claim that it had nothing to do with the Hells Angels. “Defence lawyer Brian Jackson said Skreptak didn’t go to the police because he didn’t want to get the kids, who apparently sold the stolen jewelry for marijuana, in trouble.” Right there. If marijuana was involved, so was the Hells Angels. They use violence to take over all the grow ops. What’s the matter, he beat them up because they grew a few plants on their own? I can’t believe the court accepted the jewelry nonsense without it being contested.