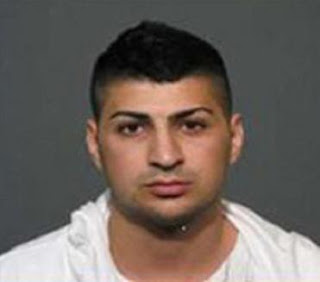 Kim Bolan is reporting that a former B.C. man wanted for murder in a Toronto hit has been arrested in Greece. Rabih (Robby) Alkhalil grew up in Surrey and has been charged with the murder of Johnnie Raposo last April outside a cafe in Toronto’s Little Italy. Dean Wiwchar was arrested for his involvement in that murder last June. Nicola Nero and Martino Caputo were also recently arrested for that same murder.

Turns out that Alkhalil is also charged along with Larry Amero with cocaine trafficking in Montreal. Larry Amero and Jonathon Bacon attended one of the Alkhalil brothers wedding in Ottawa before Jonathon was shot dead in Kelowna. So why is Larry Amero’s associate charged in the murder of Johnnie Raposo? Things that make ya go hmmmm.