I suppose I shouldn’t be surprised. The Harper government has cut funding for integrated gang task forces in North Montreal. That’s the heart of Hells Angels drug trafficking. Let’s pause and recap. Stephen Harper campaigned on a tough on crime platform. After he got his coveted majority government, he immediately cut funding for the RCMP and the Gang Task force. At the same time he increased funding for RCMP commercials to promote the brand.

He cut funding for prisons and clogged up the courts with nonviolent crime which prevented us from dealing with all the violent crime. He appointed the president of the conservative party who used to be a lawyer that represented the Hells Angels to the bench in Quebec. What does he have against Quebec anyways? I can’t speak French very well either. That doesn’t mean he has to be a hater.

Let’s not forget the criminals in his inner circle like the fraud master and dirty old man Bruce Carson himself. The one who Harper personally saw into his inner circle despite his criminal record for fraud. Or how Raymond Sturgeon lobbied for CFN Consultants on behalf of Lockheed Martin’s dirty deal on that fleet of insider trading jets that cost way more than the Boeing ones.

Or his cover up of Lyin Brian Mulroney’s Airbus scandal that covered up Mulroney’s perjury regarding his secret relationship with Karlheinz Schreiber that resulted in Kickback Mountain. You know the one that Mulroney sued for slander after committing perjury where he defrauded taxpayers out of a $2.1 million settlement.

This latest Harper task is no different than Rich Coleman and the Campbell Governments disbanding the RCMP's Integrated Illegal Gaming Enforcement Team in 2009 after it gave a number of warnings about the presence of organized crime laundering money at casinos in the Province. That was another clear example of political corruption. What Harper is doing now is no different. Preston Manning should be ashamed of himself for supporting such a corrupt deviation of the Reform Principles. Harper is way worse than PT ever was. Here’s to the return of JT. The restorer of the right as in justice and doing what’s right. 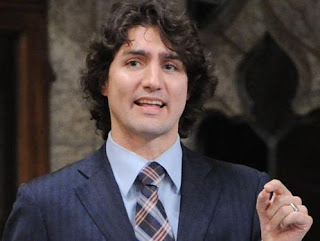