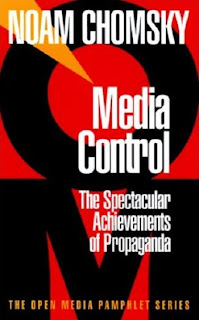 We’ve talked about how in England the press is very slanted towards specific political candidates. Murdoch embraced Tony Blair then David Cameron. On 10 September 2009, James Murdoch used an informal drinks with the then Leader of the Opposition to reveal that The Sun would be switching its allegiance back from Labour to the Tories.

When the paper supported Tony Blaiir, the godfather of one of Murdoch’s children, that meant they published articles and editorials in support of him and didn’t publish articles against him. The same thing when they switched back to supporting David Cameron. That news was biased. It was propaganda. Although we did see some bias in Canada when Conrad Black was buying up newspapers, all in all I think things here are pretty good. Not perfect but pretty good in comparison.

And then there’s Laura Balance and the Black Press. The Toronto Star owns 20% of the Black Press which owns the Surrey Leader and several smaller newspapers in Western Canada. The Northern Insights blog pointed out Torstar paid $20 million for it’s 20% of Black Press in 2002. In 2012 it had written off the value of those shares to nil.

That means local papers are pretty anxious to get advertizing dollars from companies like Laura Balance. Many people feel these small struggling papers are more than happy to write stories and articles that would favor their clients then risk losing those advertizing dollars. Just like in the days of Conrad Black and Rupert Murdoch.

Case in point, the ridiculous article on the front page of today’s Surrey Leader claiming that a new Poll finds support for more tolls and taxes. Aside from being completely ridiculous, that’s exactly what Godzilla, Laura Balance’s highest profile client wants. While an editorial in the Vancouver Province, a paper not owned by the Black Press, said that Dianne Watts and all the other mayors that want to implement a Regional Sales tax should be fired. I do think the Surrey Leader is a good paper with a lot of potential. Articles like that however, destroy it’s credibility.