Skytrain to Langley is not fiscally responsible 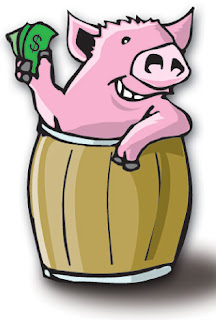 This mayor’s council is the perfect example of everything that’s wrong with politics in North America. The right has become consumed with pork barrel politics. Politicians make all these ridiculous promises they can’t afford, then go into debt trying to buy the voters that elected them. Instead of people electing someone with the mindset what will they spend on us, we should be electing candidates who stop the insanity of pork barrel politics and start acting fiscally responsible.

The right always screams the left will tax and spend but they are doing the exact same thing they accuse the left of. Only they’re worse because instead of spending it on the elderly and the homeless they are spending it on themselves and the dirty developers that elected them.

One minute this wasteful mayors’ council screams poverty asking for a regional sales tax so they have a budget to spend giving them a reason to exist. They rationalize it by claiming Translink is over budget and needs money. They try to sell it by claiming we need to get rid of transit police to help Skytrain balance their budget. Then at the exact same time they say we need to spend another $2.22 billion we don’t have to extend skytrain to Langley. That is insane.

The Fraser Institute is not conservative. Their obsession with promoting the BC Liberals despite scandal after scandal is astounding. The BC Liberals are the most corrupt political organization in Canadian history. The recent Surrey high jacking is another example of how nothing has changed and that Christy Clark is the least of their problems. Godzilla is just an extension of those problems.

They are still using the fear mongering in the media to promote their self serving corruption. Look at the polls they say. If we don’t do something Adrian Dix and the NDP will get elected. So they keep poring on the propaganda trying to sell us some swamp land in Florida promoting the BC Liberals when the voters already know better. It’s not a matter of the BC Liberals or the NDP. There are other choices. There is a reason they aren’t endorsing John Cummings and the BC Conservatives. It’s because John Cummins is a conservative and they are not. They support tax and spend pork barrel politics and John Cummins doesn’t. That is why they don’t endorse him they keep endorsing Gordon Campbell rejects instead.

What we are seeing isn’t a drive to promote business and a strong economy. We are seeing political corruption that uses fiscal irresponsibility to brainwash voters through tax paid advertizing trying to sell them a bad deal. A strong economy is good. Yet bad business does not support a strong economy. Bad business is what Catherine Austin Fitts describes as the tapeworm economy that feeds off taxpayers like a parasite.

I’m glad the politically corrupt BC Liberals have stopped trying to infect the BC Conservatives. We just need to remember that there are more than two choices this election and voting for the greater evil because we are afraid of the NDP is not responsible. The vice president of the Surrey Tynehead Liberals just resigned because of yet another scandal tied to Surrey First and the Blue Oyster Cult. He said that BC Liberals are fed up with scandal after scandal and admits that the current BC Liberals are worse than any NDP government we’ve ever had. Many are starting to believe that a NDP government couldn't be any worse and they are absolutely right. Yet there is so much good that we can do when we stop believing the fiscally irresponsible propaganda and start using our brain and thinking for ourselves.