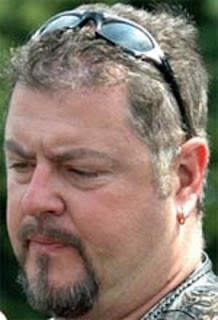 Frédéric Landry-Hétu, a member of the Hells Angels wanted for 22 counts of murder and one of Quebec’s 10 most wanted criminals has been arrested this morning. The arrest warrant was issued April of 2009 under Operation SharQ.

The charges stem from a secret vote in 1994 taken by the entire Quebec membership of the Hells Angels. The membership voted in favour of engaging in a bloody turf war with the Rock Machine and contributed a portion of their drug profits to a fund for killing rival drug dealers. Kinda like we are now seeing in BC.

Posted by Dennis Watson at 2:27 PM