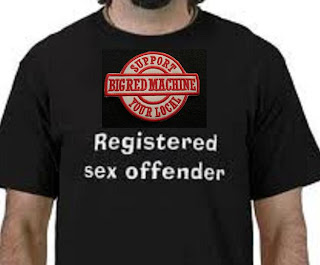 Eric Franco, 38, was the sergeant-at-arms for the Hells Angels chapter in Lynn, Massachusetts ten miles north of Boston. He just receives a 21 years sentence for possession of a firearm and ammunition after committing a felony. Police arrested Franco after finding the gun and ammunition in his apartment while investigating a report that Franco was assaulting his girlfriend.

B&E and failing to register as a sex offender. What a great club of motorcycle enthusiasts. Evidently you don’t have to be a drug dealer to join the club. You can be a thief and sex offender.

State Police announced that they had arrested four suspects and executed multiple search warrants on the North Shore as part of a probe into criminal activities of the Hells Angel and Red Devils motorcycle clubs.