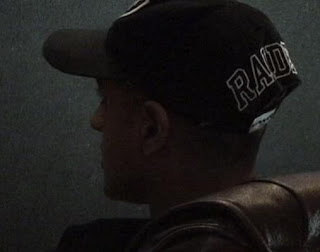 There are many breaking stories to catch up on but before I do, I want to make a clarification. I have never claimed to know anything about Indo Canadian gangs. Clearly that is Kim Bolan’s specialty. She covered Air India, she covered Bindy and Peter Adiwal. She was the first to break the news about the Dhurry Dhak group.

When I started my web site and blog I made it clear that I was not going after the Indo Canadian gangs. The reason was two fold. First, even though I live in Surrey, the Indo Canadian gangs don’t affect me. They don’t harass me and I’m not affected by the drugs they sell. Selling drugs in clubs is different than selling crack on the street. Not to say that Indo Canadian gangs don’t sell crack. I’m just saying it doesn’t affect me like the Hells Angels drug trade does. It’s impossible to walk through certain parts of Surrey or East Vancouver and not have the crack problem in your face so to speak. That disturbs me and it disrupts public safety.

The other reason is that I don’t see the Indo Canadian gangs as such a colossal threat as the Hells Angels are. Not any more. First the Hells Angels took over the exotic dancer industry in BC. Now they’re taking over the drug trade in BC and their violent monopoly of that drug trade affects all of us. Killing people for drug debts and murdering anyone else who sells drugs outside their umbrella.

The one thing I do know about Indo Canadian gangs is that the Independent Soldiers used to be an Indo Canadian gang. They used to be independent of the Hells Angels. Not any more. After the Loft Six shooting, all the independent leaders of the IS were killed off and the new IS became a Hells Angels puppet club. Case in point. Randy Naicker’s idol worship of Larry Amero. That got him killed.

The thing that really upsets me is to see the huge amount of resources that goes into finding Jonathon Bacon’s killer when Jonathon and his brothers were involved with the Surrey six and a huge number of subsequent murders. I’d rather see those resources directed towards finding Lindsey Buziak or Janice Shore’s murderer. I find the fact that the Bacon brothers and their associates get round the clock police protection outrageous and offensive.

The thing that really upsets me is the huge amount of resources spent on some police informants, some of which are drug infested repeat offenders while we sit back and watch drug dealers sell crack in the open at Main and Hastings and around the Front Room in Surrey at Gateway. Allowing these dead zones aids and abets the Hells Angels’ profit and their violence. All the crack that is sold around Gateway and the Front Room in Surrey is controlled by the Hells Angels. We are shooting ourselves in the foot by allowing those drug dealers to operate in public. Enforcement is one of the four pillars and is the New York model that everyone talks about.

With regards to the Kelowna shooting I will submit the most popular theory that is going around. The official version so to speak. Gurmit Dhak was a drug dealer who was gunned down in Metrotown October 2010. Some say his group was called Billy’s Crew at the time and they worked for the UN. “Someone” killed Gurmit Dhak to take over his drug trade. People suspect it was James Riach and the Bacon Brothers under the direction of the Hells Angels.

When Gurmit was killed, his brother Sukh wanted revenge and wanted to keep control of his brother’s drug trade. It was a known fact that Sukh was in Kelowna for court the Friday before the Kelowna shooting. That is why the Hells Angels blamed the Dhak group right away and continued the extermination they had already started to gain control of their drug trade. Since the UN have been dismantled, there’s nothing wrong with referring to them as the Dhak group. However, they started of working for and with the UN.

Yes I was given another name along time ago and I did not publish it at the time because I am more concerned about innocent victims or good people like Geoff Meisner and Britney Irving getting set up and betrayed. I now have a last name and since it ties in with this group it has credibility in my eyes. I will not post it because of the liability concerns I have already expressed. I don’t want to be responsible for someone else’s murder.

I still think Khun Khun is an idiot. There’s no sense in flogging a dead horse and repeating that over and over again. If he was involved and if he did shoot Larry Amero that in no way erases his past and makes him a somebody. There is nothing to be admired about murder. Especially when it involves ambushing and shooting an unarmed target. As we have said before, any 12 year old can pull a trigger and none of us are bullet proof.

Sukh was butt ugly but Gurm, he seemed to have a conscience and did express his regret on video prior to his execution. He said the gang life is no life and for him it was too late. Yet for all of us it is not. That’s the point. At a gang seminar in Surrey Kim Bolan said she met a young kid who had put a picture of gang member up in his locker after the gang member became a paraplegic is a shooting and was actually admiring him as a role model. Clearly that kid needs some professional help. Yet it shows the dilemma of discussing gangs. The whole point is to discourage youth from going down that road not to glorify murderers and criminal who betray each other for money.

There was another seminar and a movie encouraging young kids to stay out of gangs in Surrey not long ago. I saw the movie which was played at Guildford for the seminar. It was graphic and well done. The greed and the ruthless betray was disturbing. I walked away from that movie with the felling that I don’t want to be a murderer. Murder isn’t good or glorious. Murdering someone does not make a nobody somebody. It just makes them a murderer. Something they will always have to live with. In this life and in the next.

The purpose of my web site and blog is not to glorify gangs. It’s to show people how this lie is driven by greed and betrayal and has nothing to do with living the dream At all. There’s a lot more to discuss but my main point here is that there is nothing noble about murder. The plastic world of Steroids and Silicone is what everyone else is laughing at. It isn’t real and it’s a very shallow existence. Life has so much more to offer.

Evidently, Tom Gisby was also implicated in the Kelowna shooting before he was shot dead in Mexico. Kib Bolan called it back in April of 2012.